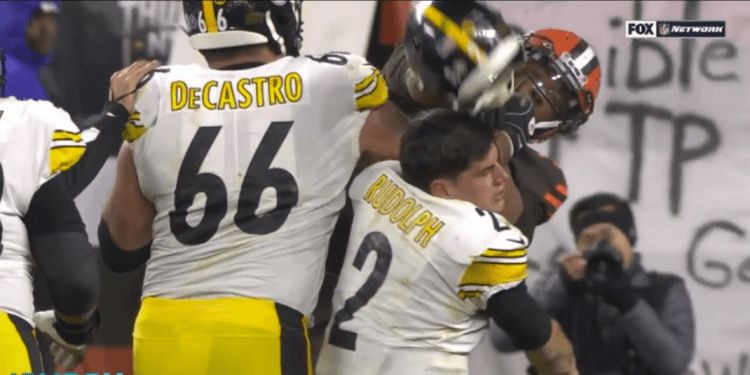 Black people are learning a new trick: when in trouble, claim the other guy used the N-word or some other racial epithet.

The recent claim against Steelers QB Mason Rudolph is a fine example.[NFL finds 'no such evidence' of Mason Rudolph directing racial slur at Myles Garrett, ESPN,November 21, 2019]

Let me assure you. There is ZERO chance that Mason Rudolph called Myles Garrett the n-word, or anything close to that. Absolutely zero.

Myles Garrett is trying to get out of a suspension for ripping Rudolph's helmet off and then smashing him in the head with his own helmet.

The "slur claim defense" is a dirty trick.

But it can work.

The "he used the n-word" defense finds its way into assault and even murder cases. The advantage, if the defense is true, is that the word—or a similar slur—is so inflammatory that it creates a "heat of passion" state of mind.

The problem is that it's easy to claim and hard to prove. In a case in which the victim is dead, nobody will ever know the truth. If the victim is alive, he can deny it—but usually to little avail, if the defendant insists. And since we live in an age when all whites are presumed racist, it packs that much more power.

How well could the 20 other players on the field hear what Mason Rudolph was saying?