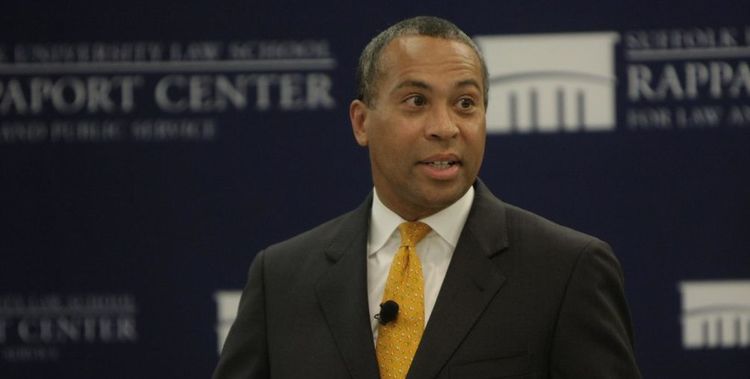 Former Massachusetts governor and current presidential candidate, Deval Patrick, has been enormously popular with white liberals, but, unlike Obama, he has never seemed particularly popular with blacks.

For example, Patrick was recently supposed to speak at historically black Morehouse College. However, only two people showed up to hear him, which forced the campaign to cancel the event at the last minute for fear of embarrassment.

Governor @DevalPatrick was supposed to have an event at Morehouse College tonight. An organizer with the college who planned the event told CNN that Patrick cancelled the event when he arrived and learned that he would not have an audience. (Note, two people came, not pictured) pic.twitter.com/CzNjWYcWKJ

"The campaign is telling us that they had to catch a flight," reported the Boston Globe.[Deval Patrick was supposed to speak at an Atlanta college. Then almost no one showed up, by Nik DeCosta-Klipa, The Boston Globe, November 20, 2019]

He drew a similar crowd in Nevada:

Perhaps Deval Patrick has already served his purpose, which was, like Obama, to advertise the open-mindedness of his white liberal supporters. Having done that, they no longer need him, and now they can all safely move on to Elizabeth Warren.