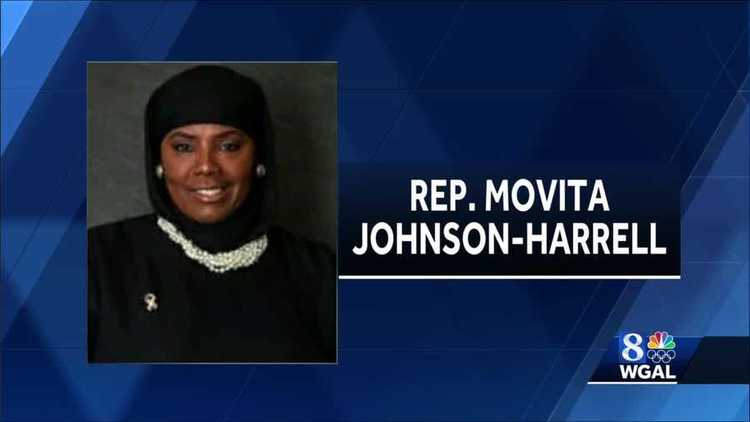 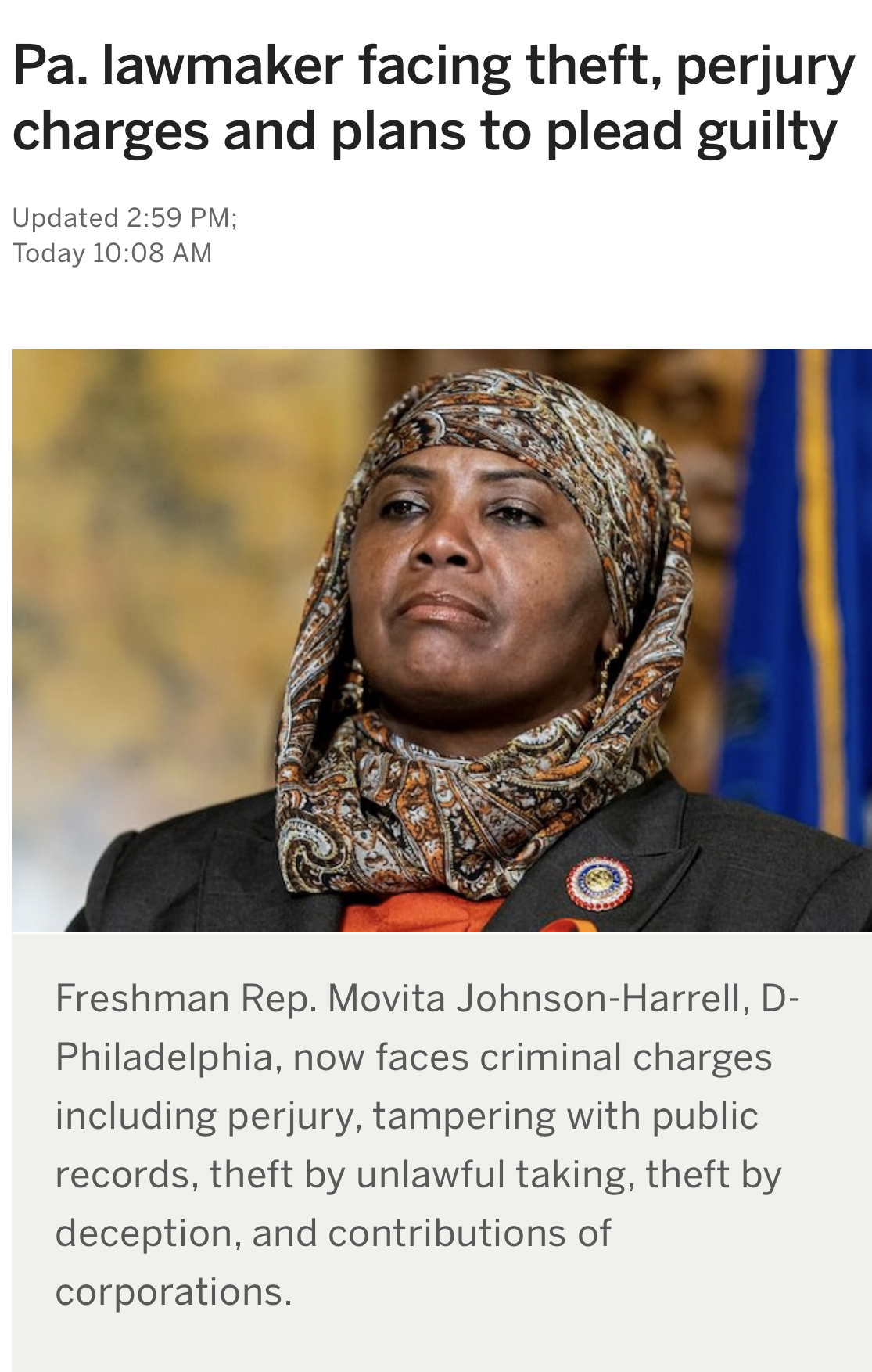 A West Philadelphia black woman recently elected to the state legislature amid shouts of praise to Allah for being the first female Muslim representative is expected to resign for using her charity as a personal bank account.

State Attorney General Josh Shapiro announced on Wednesday charges have been filed against the West Philadelphia Democrat, including perjury, tampering with public records, theft by unlawful taking, theft by deception, and contributions of corporations. Her theft surpassed $500,000, Shapiro said at a press conference in Harrisburg Wednesday morning.

Movita Johnson-Harrell always looks to me like she’d use her Muslim headwrap to strangle white children in Bucks County, if the option were available.

The vibe I get from the whole American inner-city black Muslim thing is that it’s got far more to do with hatred of whites than religious piety.

And has anyone called bullcrap on the urban black practice of hyphenated last names? The worst criminal sorts increasingly have them, and they otherwise have a ring of false nobility—as in, they’re trying to sound British, not white-progressive.