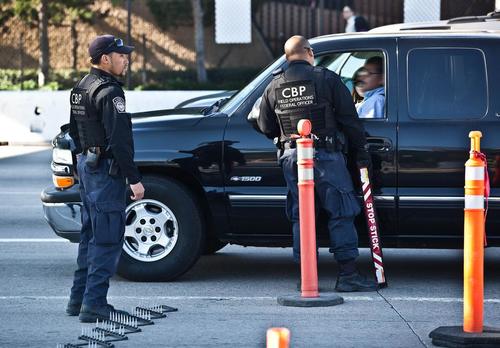 More Homeland Security Jobs For Immigration Patriots And The Alt-Right

Following up on my work on opportunities for the Alt-Right and Patriots deporting illegals and preventing their invasion, today I highlight the position of Customs and Border Protection Officer (CBPO). There is a current opening for CBPO open to all Americans. Note a listing of all other U.S. Customs and Border Protection positions here, including a current opening for Border Patrol Agents.

CBPO is the least prestigious position, and least well paid, among law enforcement positions with CBP. That is not to denigrate the position. It can be rewarding, but for a patriot, the good pay and benefits are supplemented by doing God’s work to protect the nation. The position has been featured on National Geographic’s Border Wars, a series about DHS components enforcement activity on the border. In this position you will be working at a Port-of-Entry (POE), air, land, or sea, inspecting persons and goods that enter the United States. Most of the work will be boring routine, but catching fraud or contraband can be exciting. Most of the action is at the land POEs, where fraud is rampant and you can tear apart someone’s car to find drugs. But the hours are long, much mandatory overtime, and you are paid less than Homeland Security Investigations (ICE SVU) Special Agents; your top pay is at the General Schedule (GS) 12 position, while ICE SVU agents go to GS-13.

However, once in CBP, there are lateral and promotion opportunities both in CBP and in other DHS components, including moving to ICE SVU, ICE Enforcement and Removal Operations, promotion to Aviation Enforcement Agent or Marine Interdiction Agent. You get a badge and gun, can carry off-duty and get early retirement.

Of course, sanitizing your background from any hint of anything other than civic nationalism is required. Have a sterile Facebook and other social media for the government to review as part of your background investigation, just grandma and normie friends. Keep all alt-right activity on anonymous social media. Make certain your normie associates, those you put on a background questionnaire, are not connected to any political party or book club. There will be a polygraph, so no criminals please. Be honest about any marijuana use before you became a patriot; most marijuana use is excused if you are honest about it.

You have an excellent chance of being hired; CBP is hard up for responsible applicants who can pass a background, physical, and agility tests as part of the position. So get in shape and say no to drugs.