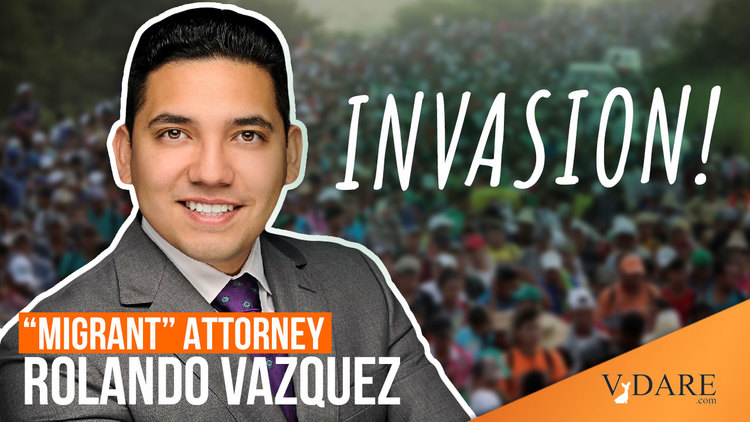 “Migrant” Lawyer: It’s An Invasion At The Border

Traitor Joe Biden’s border treason is so flagrant that even those who support “migrants” admit he is aiding and abetting an invasion. In an interview with free-lance border reporter Ali Bradley, “migrant” attorney Rolando Vazquez used the “I” word.

Vazquez’s clients tell him they see illegal-alien murderers, whom they knew back home, doing food delivery jobs that are a cover for drug trafficking.

"We have no borders at this point, it's an invasion..." Immigration Attorney, Rolando Vazquez is based out of Miami and has helped hundreds of migrants become legal in the U.S. but says there are a lot of people coming into our country that "we don't want here..." pic.twitter.com/OOm92rwn5C

Worse still, Traitor Joe isn’t much interested in deporting them, and instead wants them here to rob, rape, and murder the Historic American Nation into accepting their dispossession and replacement.