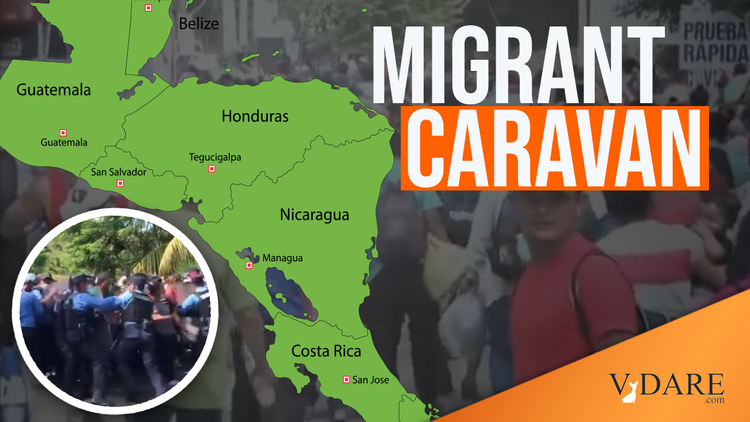 "Migrant Caravan" Back Again, Breaks Into Guatemala, Will Probably Be Stopped By Mexico Before Getting To US

The famous "migrant caravan" is back, starting in Honduras and breaking into Guatemala:

Migrant caravan heading towards the U.S. breaks through a police barricade and enters Guatemala illegally.pic.twitter.com/P7MV3U5zHC

Trump has, by tariff threats and jawboning, convinced the President of Mexico to not give illegal aliens free passage, and coronovirus-based lockdown at the US border, which is why The Guardian's headline is

The caravan from Honduras is the biggest since the pandemic hit Central America in March, triggering a rise in unemployment and poverty, Guardian, October 1, 2020

Honduras caravan heads towards US to escape pandemic-induced poverty