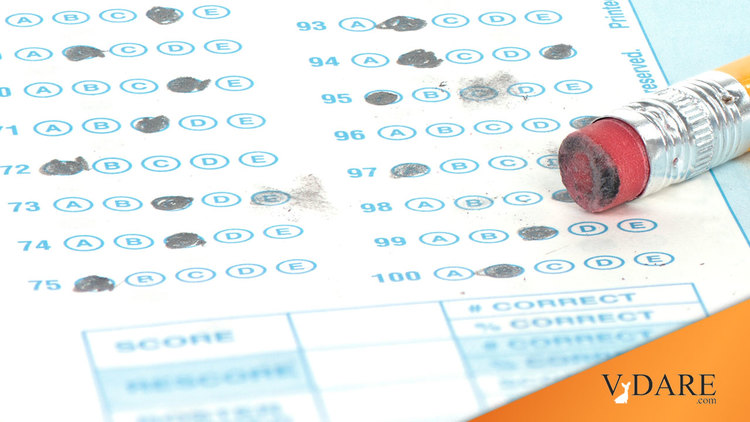 Michigan SAT Scores: "To The Uninformed, The Results Are Shocking"

We race realists have been chuckling all week about this result out of Michigan.

Last year Michigan required all seniors in public high schools to take the SAT, the Scholastic Aptitude Test. Close to ninety-one thousand students took it, so this is a huge sample.

To quote Steve Hsu, who covered this in his blog on Tuesday"To the uninformed, the results are shocking in a number of ways."That's putting it very diplomatically, Steve.

Interesting qualification to that second shocker: The lowest band with any significant numbers in it is the one last from bottom, SAT scores in the range 600-800. The percentages down there also lean male, 18 percent to 14. Males lead at the top and the bottom; females lead in the middle ranges, SAT scores 800 to 1200.

Yes, shocking … to the uninformed.