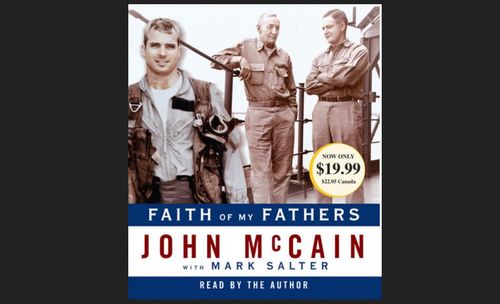 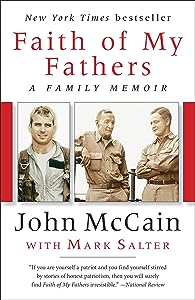 When I’ve flipped through various books published under John McCain’s name, I’ve been impressed with the writing quality.

John McCain’s fabulous career is in part testimony to the wisdom of finding a good speechwriter / ghostwriter and then treating him well. From Wikipedia’s article on Mark Salter:

“McCain has always given Salter front-cover credit for his ghostwriter work, and also splits income from the books with Salter evenly. That even split is a rarity in the political world and allowed Salter and his wife—herself a former secretary on McCain’s staff—to set up a second residence in Maine.”

Military guys like McCain tend to be much better about giving their ghostwriters ample credit than many politicians and media figures. Schwarzkopf, Powell, and Yeager all put their writers’ names on the front covers of their bestselling memoirs.

In contrast, when I was at Rice U., I knew a Houston sportswriter who had ghosted Dan Rather’s bestselling autobiography. He was sore at Rather claiming to have written it, although they later patched things up and Rather gave him credit for his second memoir.

Hillary was notoriously ungenerous toward her ghosts. George W. Bush declined to put his ghost’s name on the cover of his well-written Decision Points memoir, but gave him a sterling recommendation in the Acknowledgements so that anybody looking to hire a good ghostwriter could figure out whom to call.

Robert Harris’ thriller The Ghost Writer (also a movie starring Ewan McGregor) is a fun introduction to the job.
[Comment at Unz.com]