The problems with online ‘debate me’ culture

Donna Zuckerberg is a Silicon Valley-based classics scholar and the author of “Not All Dead White Men.” She is editor in chief of the online classics publication Eidolon. 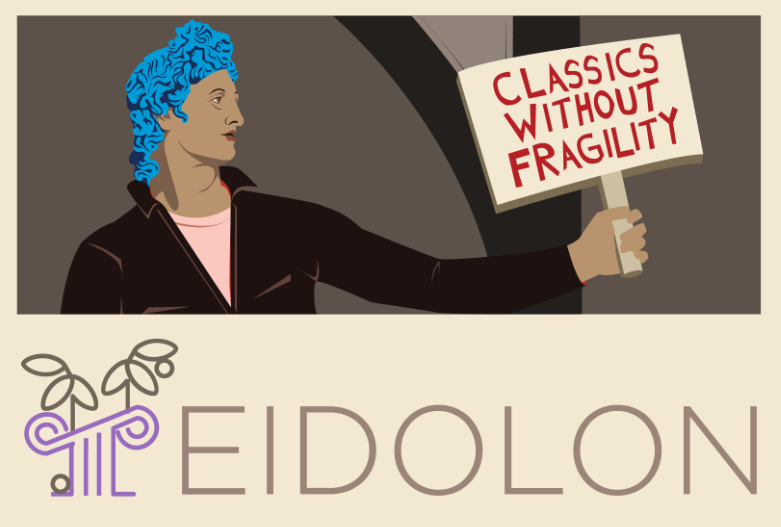 Of course, there’s also something else of interest about Donna Zuckerberg. She’s the younger sister of America’s leading fan of the Emperor Augustus, Facebook founder Mark Zuckerberg.

Anyone who regularly expresses ideas on the Internet — especially women who express ideas critical of men — has encountered that bane of online discourse, the man who appears seemingly out of nowhere to insist on a debate. He disagrees with the sentiment expressed and is certain he can overpower the author with his superior logic and knowledge….

As the editor of an online publication that runs articles about the intersections of classical antiquity and the modern world, often from a feminist and progressive perspective, I’ve gotten my fair share of “debate me” challenges. Many of these have come after I began writing about far-right interest in ancient Greece and Rome in 2016. Blocking some of my would-be adversaries on Twitter seemed to just energize them — and convince them I was afraid to engage.

A call to debate may seem intellectual, even civilized. In theory, well-structured and respectful debates are an ideal opportunity to reach an audience that isn’t fixed in its views. In reality, however, most “debate me” types seem to view them mainly as a chance to attack their opponent’s credibility. Their model is not Lincoln and Douglas, but rather Socrates: By needling their interlocutors with rapid-fire questions, they aim to reveal, as they see it, their opponents’ ignorance and stupidity, and their own superior intelligence and logic.

My most memorable “debate me” involved a white-nationalist YouTube personality with a ridiculous ersatz Latin pseudonym (which I don’t want to share, since he doesn’t deserve the attention), who appeared in my Twitter mentions one day, absurdly insisting that I have called the classics inherently fascist. My actual, nuanced argument is that the long enmeshment of the classics and white supremacy, both in Nazi Germany and in the pre-Civil War American South, continues to inform how we understand the ancient Mediterranean, and that progressive classical scholars should discuss that legacy and confront it. …

It’s no surprise that someone like this, whom I ignored, would draw on Stoicism, which has emerged as the favorite philosophy both of corporate executives and of the far right. …

These modest men also identify with Socrates, the original “debate me” troll. The Platonic texts show Socrates pulling any number of Athenians into debates, and although some are eager to argue with him, others can hardly wait to escape him by the end of the dialogue. Plato’s “Euthyphro” concludes with Euthyphro insisting that he has to leave, while Socrates calls after him, complaining that they haven’t yet figured out the nature of piety. Many of the dialogues end when the interlocutor has been bludgeoned into submission and seems to find it easier to agree with Socrates than continue further — every “debate me” man’s dream.

After all, a debate isn’t a conversation

As everybody knows in 2019 a “conversation” is when you shut up and listen to Donna Zuckerberg-types talk.

… And whatever happened to my Latin enthusiast? His online presence has faded, and his followers complain about how difficult it is to find his videos because YouTube keeps deleting his channels. As Laurie Penny noted last year with respect to Milo Yiannopoulos, deplatforming white supremacists is a much more successful way to shut them down than insisting that “sunlight is the best disinfectant” and allowing them to air their hateful views in a structured debate setting.

… I believe there is little point in engaging with these people — and I’m not open to debating that topic further.