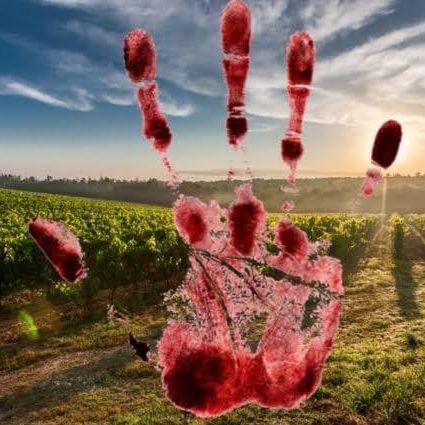 At least 36 farm attacks were documented in South Africa by news sources in March, 2021, according to the Rome Research Institute of South Africa. Five attacks resulted in murders.

Below are news reports of many of the attacks.

Reports say the intruders were wielding knives when they entered the victim’s  home. One of the attackers was fatally shot and the other fled into the bush.

The Oorgrense Veilgheid Facebook group reported, “According to sources he had a big cut from his ear to his collar bone [sic] and bled to death. He was not shot as a voice note sent earlier suggested. Unconfirmed sources also suggested two stab wounds, one in the chest and one in the stomach.” 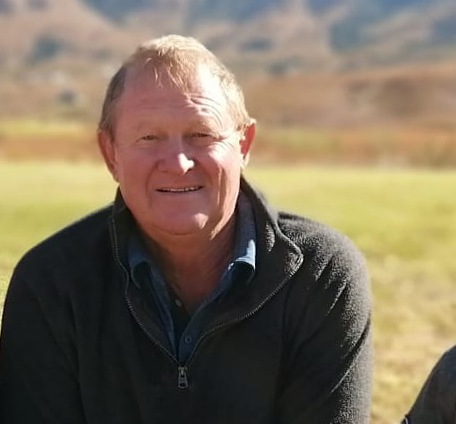 The victim was found in his vehicle.

The 65-year-old had earlier sold his farm to the government but returned to work after the enterprise struggled. He was also employed as an insurance adjuster.

A report says the man arrived home from work at about 10 p.m. Alerted by his barking dog, the man went outside to investigate. He was reportedly attacked by four or more males who fled when the victim fought back. The assailants were picked up by a vehicle that sped off.

An unknown number of victims were bound and the home was ransacked. A vehicle which was stolen during the crime was later discovered a few miles away. The victims eventually managed to free themselves and alert authorities.

Reports say Corlene van Wyk was home alone at the time of the attack. Her son was in school and her husband at work. 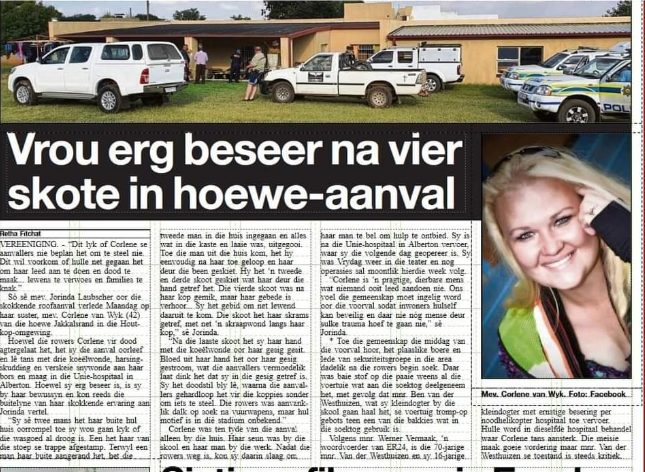 Reports say the victim was shot four times with three wounds requiring treatment. One bullet grazed her head. She apparently survived by pretending to be dead. She is recovering in hospital, though traumatized.

A 70-year-old man was seriously injured in a crash while searching for the attackers.

[Houtkop farm attack: Attackers came to kill and not to rob,, southafricatoday.net, March 29, 2021]

Renee Jain, below,  was found by police who were investigating another home invasion nearby. 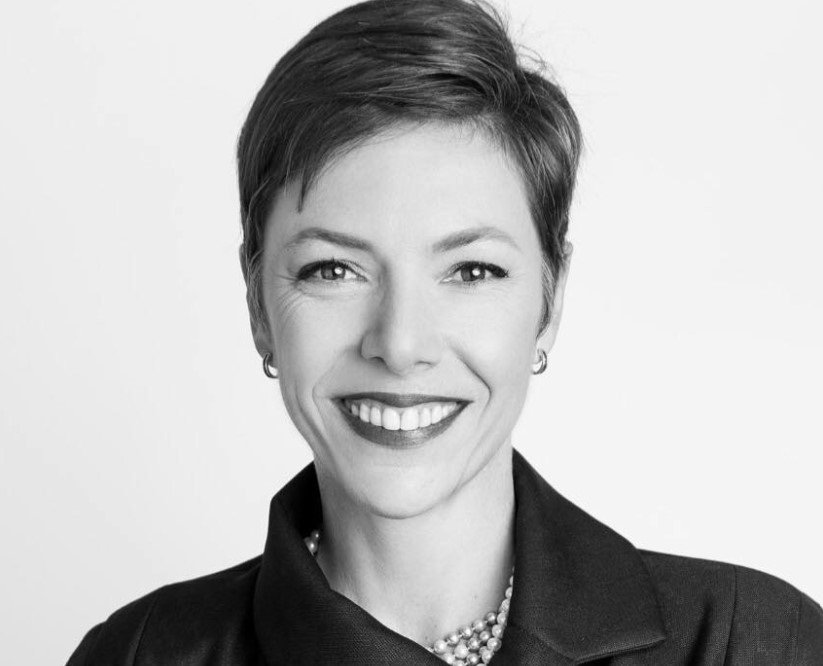 Police were alerted when Jain failed to answer her phone.

The other home invasion involved an elderly couple who was accosted by two suspects. The assailants broke through a glass door while the couple was in bed. Money and jewelry were demanded. The couple were bound and suspects fled in their vehicle.

Police were alerted after the couple managed to free themselves and escape through a window.

The man was overpowered when he went outside to power on his generator.

He was forced back into his house where the three were assaulted and bound. Among stolen items were three firearms and a vehicle.

The crimes occurred at the Afrisun holiday resort on March 26, 2021.

The victim was reportedly pistol whipped and forced to open a safe. 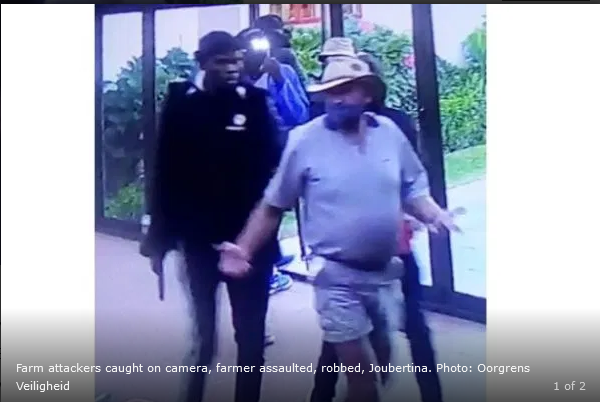 When the man’s wife activated a panic button the intruders fled in the farmer’s truck.

The mother was reportedly stabbed in the chest with a sharpened bicycle spoke, a common weapon used by South African blacks. The daughter fought to defend her mother as the attackers attempted to cut the older woman’s throat. The assailants fled when they realized they could not overpower the women.

The mother was hospitalized for urgent medication attention. 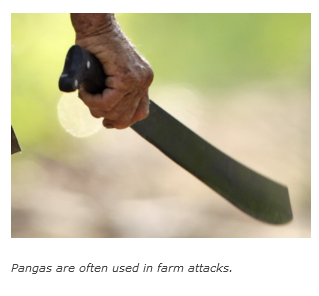 Nick Theron was assaulted by an unknown number of assailants just before 1 a.m. He was found hours later by his brother.

The intruders reportedly stole credit cards, cash, a pistol, and ammunition. The victim was hospitalized.

Reports say it is the fifth farm attack in the agricultural province within three weeks.

The assailant, who made off with a cellphone, bicycle, and Opel Corsa, overpowered the woman and threatened her with a firearm.

#SpeakOut 📢
Another Farm Attack took place on 23 March 2021 at 10:15 in the Multi Plant area between Hartbeespoort & Brits in South Africa. An elderly woman was overpowered by an armed attacker who broke in & assaulted her & threatened her with a firearm.https://t.co/TKJHHYzfwO

Aside from being traumatized, the woman was not seriously injured.

Three shots were reportedly fired after the man directed his light on three intruders. All three shots missed their target.

Immediate response by neighboring farmers compelled the assailants to flee.

In the first attack, a woman was assaulted at night in her home. Few details are available.

In the second attack, two assailants bound an unidentified victim, ransacked the home, and made off with items including solar panels and batteries. The items were hauled off in the victim’s small truck. The victim was not seriously injured.

#SpeakOut 📢
Another Farm Attack took place on the night of 19 March 2021 on a smallholding in South Africa. Two attackers one of which was armed broke into the home & attacked the victim who was then assaulted & tied up. The home was then ransacked.https://t.co/FHZVKxZQsQ

The assailants threatened to kill the man’s family while the home was ransacked. Stolen items were loaded onto the family’s small truck and hauled away.

The victim was awakened by the sounds of the intruders then brutally assaulted. The assailants were reportedly armed.

After ransacking the home, the suspects fled with laptops and a phone.

An unknown number of assailants poisoned the family’s dog, bound the family, and ransacked their home. Stolen were cash, phone, and a firearm. None of the victims was seriously injured.

The dog survived and was treated.

Two suspects were captured, a firearm was seized, and some stolen property was recovered.

The assailants reportedly used crowbars to attack a man and his wife. The husband was seriously injured. His wife was assaulted and bound. Their home was ransacked. Stolen were televisions, phones, a laptop and other items. The victims were identified as the Dean family. Mr. Dean was hospitalized with head injuries.

FARM ATTACK!
Johannes de Lange and his family attacked by gang of 6 today near Kirkwood. Johannes was seriously injured but he managed to shoot one attacker dead and seriously wounded another. Johannes was transported to hospital.

Police report de Lange killed one of his attackers and injured another by shooting them. Three other suspects were captured by police.

The victim had purchased the farm in 2020. Nothing was stolen.

Reports say four intruders found the teen when they entered his bedroom where he was shot twice.

#SpeakOut 📢
Another Farm Attack took place early on Friday morning 5 March 2021 in the Gauteng province of South Africa. Four armed attackers invaded the home & upon entering one of the bedrooms, came across a sixteen year old boy who they shot twice.https://t.co/iSnbZYL4Qd

The attackers fled when the boy’s parents responded to the sound of gunfire. The boy received medical treatment and survived.