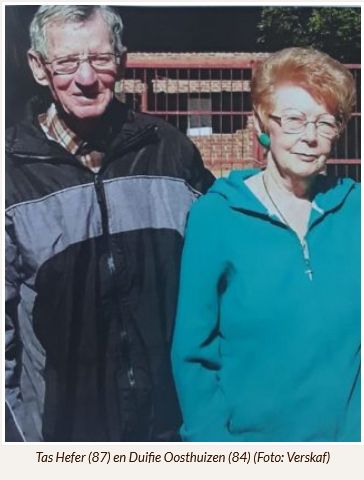 The violence continues. Below are some of the attacks that occurred within recent days.

Reports say the couple was found locked in their bedroom. The fire was set in the home’s lounge.

Blood found outside the home indicates the couple had been attacked prior to being forced into their home, where they later perished in flames. 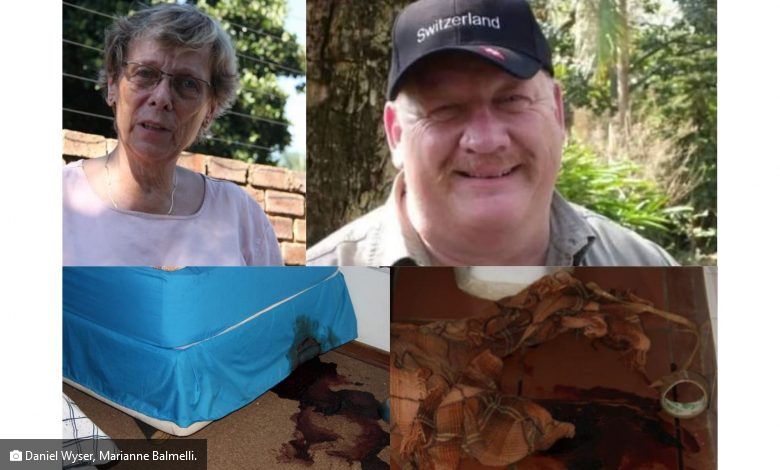 A report says Wyser was found bound in the home’s restroom by a friend who stopped by the house.

Three intruders assaulted a family in the early morning hours. The victims were beaten with a metal pipe and bound. One attacker said he planned to kill at least one member of the family. Fortunately, a female victim managed to alert another family member on an upper floor who contacted neighbors. Upon realizing their dilemma, the intruders fled, but not without threatening to rape the woman.

“A firearm and three phones were stolen in the attack,” according to southafricatoday.net.

Koperfontein is located in the North West province of South Africa.

#SpeakOut 📢
Another Farm Attack took place on 4 March 2021 in South Africa. Four attackers, two with firearms and one with a panga overpowered, assaulted and tied up a male victim. The attackers gained entrance just as the victim was closing his door.https://t.co/d2krtqu5MX

The victim was beaten and bound as the intruders ransacked his farm house. The victim was left traumatized, but not seriously injured. 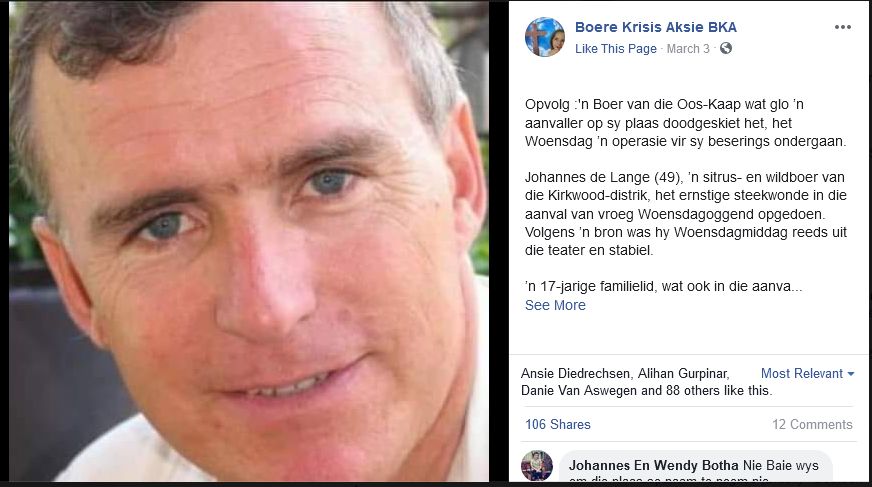 The attackers apparently broke into the park, hid in shrubs, and ambushed the couple upon their arrival. The assailants reportedly beat their victims in their faces, then made off with a wallet and cell phone.

“Five attackers aged between 27 and 34 were arrested and a number of robbed items, including electronic equipment, clothes and other household items were recovered,” according to southafricatoday.net.

The unidentified woman managed to release herself after the attack.

The intruders pretended to be interested in purchasing sheep, but then demanded cash and firearms after which one of the assailants shot the victim in the back of her head.

#SpeakOut 📢
Another Farm Attack took place on 25 February 2021 in South Africa. A woman was overpowered, assaulted and tied up by an unknown number of attackers who ransacked the home and loaded a number of household items onto a bakkie.https://t.co/jLIdFSsoEk

Drakenstein Farm Watch (DFW) reportedly responded and treated the woman’s injuries, secured the crime scene for police, and waited with the victim for an ambulance.

The assailants made off with firearms, household items, and Brandt’s small Toyota pickup truck.

#SpeakOut 📢
Another Farm Attack took place during the day on 24 February 2021, 20 km east of Standerton in the Mpumalanga province of South Africa. Mr Vernon Brandt was overpowered, assaulted and tied up in his home by at least five attackers.https://t.co/cZwOhikcHk

Henry Roets was reported stabbed twice by the intruder. Reports say the commotion woke family members who contacted authorities. The attacker, who was attempting to steal a television, fled.

[Farm attack, man who was woken by attacker in his room, stabbed, Pretoria, via Oorgrens veiligheid, southafricatoday.net, February 23, 2021]

The woman was beaten and bound as the intruders, described as four males and one female, who ransacked the home.

De Jager was lured to the farm’s gate where he was assaulted with an iron dropper. His mother was beaten with a hockey stick, a report said.

The assailants reportedly made off with R3,000 cash from a safe and two firearms.

The criminals reportedly stole weapons and household items before fleeing in the couple’s vehicle.

The incident occurred after dark on February 18, 2021.

Little information was given regarding the attack other than that trauma counseling was provided for the distraught family members.

Charged with murder and robbery are Nhlanhla Mhlongo, age 22 and Sakhile Cele, age 25. 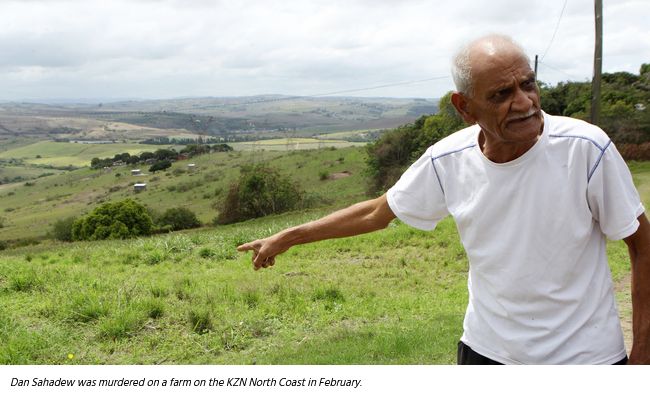