Earlier, by Steve Sailer: Is The Murder Rate In St. Louis High In Absolute Terms?

A new report confirms that life expectancy projections vary widely by geography in north St. Louis County, where some people can expect to live 12 years longer than their neighbors a few miles away.

Life expectancy is 69 years near Ferguson compared to 81 years in the area north of Florissant along the Missouri River, according to the researchers.

The report echoes a 2014 study on African-American health in St. Louis, "For the Sake of All," which included a life expectancy map showing age 67 just north of downtown St. Louis and age 82 in Chesterfield.

This is a prime example of the Magic Dirt Theory—the idea that blacks wouldn't be so badly off if they didn't live in black neighborhoods. But it's wrong to say that life expectancy in St. Louis varies by neighborhood or by zip code, it varies by race, since the primary predictor of living in a black neighborhood is "Are you black?" 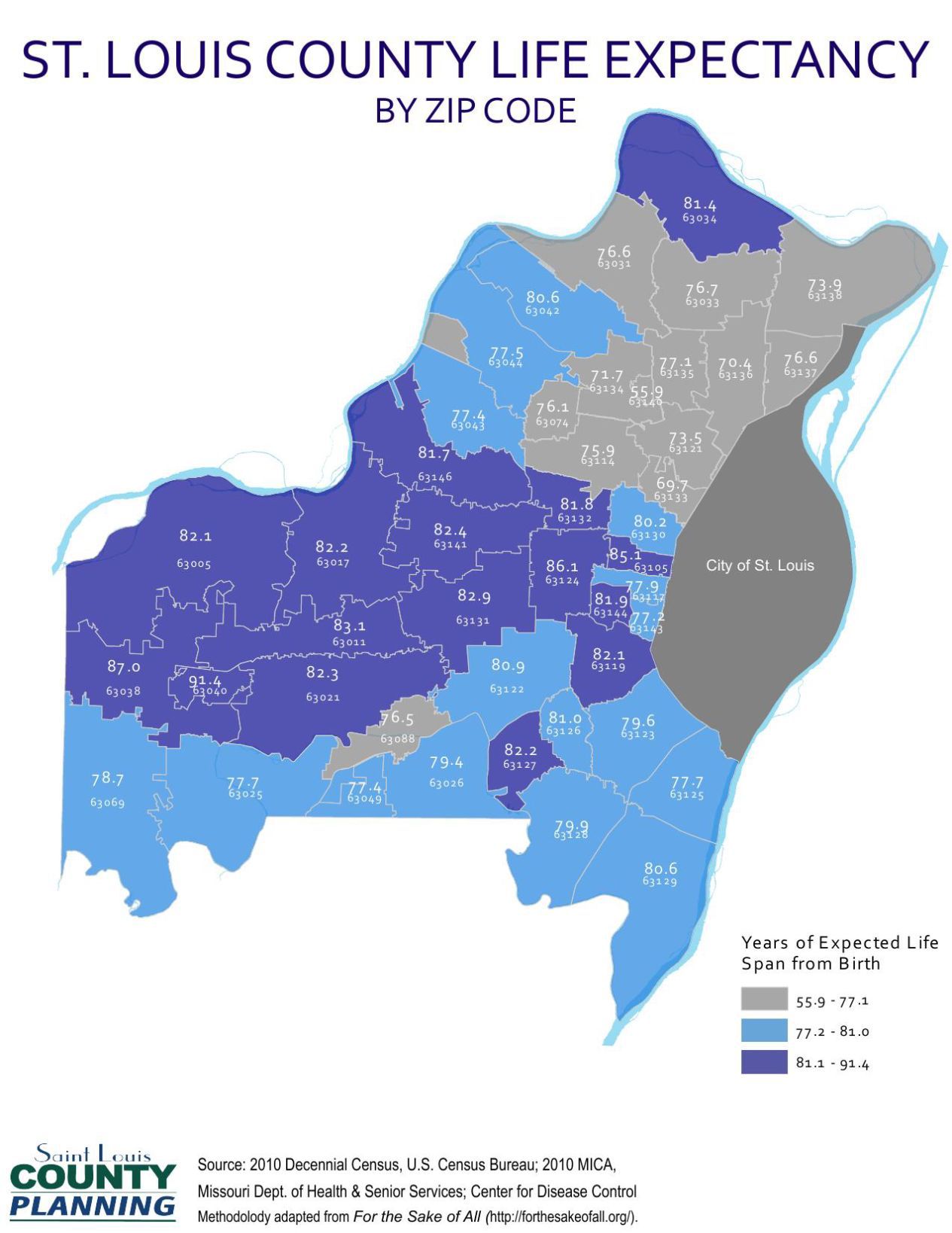 Black life expectancy is lowered by a number of factors, including heredity (black susceptibility to heart attacks and strokes) lower average IQ (there's a strong correlation between IQ and life expectancy) higher drug use rates, lower marriage rates (married men live longer) and of course, Steve's back-of-the-envelope calculation that a black male has "a one in five chance of being murdered there over the course of a 75-year-lifespan."

In 2019, Steve wrote about the lifespan difference between the poor black Englewood neighborhood in Chicago, versus  rich white Streeterville, AKA the Magnificent Mile.

The Chicago Tribune wrote, in an article titled Chicago’s lifespan gap: Streeterville residents live to 90. Englewood residents die at 60. Study finds it’s the largest divide in the U.S., that

In Englewood, neighborhood parks aren’t family friendly, fresh vegetables aren’t as readily available and gyms are few and far between, she said. Meanwhile liquor, cigarettes and drugs are readily available.

Steve added: "Also, in Englewood, residents shoot each other a lot."