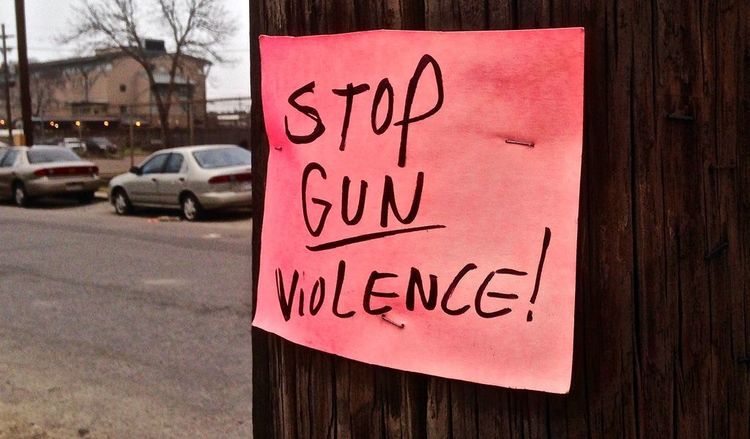 Previously on SBPDL: In 2016, 95% of Homicides and 98% of Nonfatal Shootings in 60% Black New Orleans Were Committed by Blacks

Not one newspaper or local broadcast affiliate (ABC, NBC, CBS, FOX) in New Orleans ever reported this racial breakdown of gun violence in the city the local government momentarily provided, because it’s much easier blaming white people for a problem they have nothing to do with creating.

Ending 2019 with 120 murders, the lowest amount in nearly a half century, encouraged New Orleans leaders. Considering the national context, however, one criminologist warns against celebrating.

Despite a reduction for the third year in a row, New Orleans’ murder rate remains about eight times higher than the national average, said Peter Scharf [Email him], a criminologist with LSU School of Public Health.

To understand why New Orleans’ stubborn culture of violence persists in some neighborhoods, experts point to root causes that go back several generations.

Sonita Singh [Email her], an associate professor of behavioral and community health at LSU School of Public Health, described New Orleans as “a landscape of inequalities,” which stem from historical and institutional practices and policies that have segregated the city by race and economics. The geography of those inequalities mirror maps showing the concentration of murders.

Transportation, education and access to jobs and training are less accessible in neighborhoods that see the most violent crime, Singh said. Employed people surviving on an inadequate wage, what Singh called “hamster wheeling,” is also common in places like the 9th Ward, 7th Ward and parts of New Orleans East.

“In New Orleans, people can work themselves to the bone and still not be outside the poverty rate,” Singh said.

When a living wage is hard to come by, people are more likely to step outside the formal economy to get by, she added, and that includes criminal activity.

Scharf referred to New Orleans as “gentrification heaven.” The relocation of some residents to places with more affordable housing could account for some neighborhoods growing safer while others see more murders or minimal improvement in violent crime statistics, he said.

“The question is: What’s the sustainability of a tale of two cities? Can you gentrify half the city and leave the rest of the city at risk? We’ve got to really rethink soberly about that issue.”

When asked about the increase in murders in New Orleans East, New Orleans Police Department Superintendent Shaun Ferguson spoke of it as a challenge that’s on his radar. The number of officers in the district has been increased, he said, but it’s a challenge the NOPD still works to navigate.

“We have not really identified a true pattern in the 7th District, I will say that,” Ferguson said.

The 7th District, which is the largest geographic district and has a population of about 85,000 residents, now has 91 commissioned officers assigned to it, the NOPD said. That’s the most officers assigned to any other districts, Ferguson said, adding it was an intentional move made after he became superintendent in early 2019. With “such a massive district,” the prospect of splitting it into two districts has repeatedly come up, he said, but “we just do not have the manpower.”

“We just have to be smart,” Ferguson said.

Read other stories in a series exploring 2019 murder data:

New Orleans murders in 2019: What the data tells us

New Orleans murders in 2019: Explore a map of the killings and names of each victim

Basically all of the gun violence/violent crime in New Orleans is committed by blacks, which the city government data clearly showed before they decided to stop making it public in 2017.