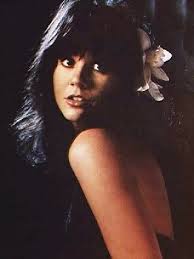 I see that Allen Wall’s highly significant post Linda Ronstadt: From Pop Star to Open Borders Aztlan Supporter has been greeted with incredulity by our Facebook commentors, for instance

In other words, Ronstadt is an idiot with the shakes.

Alas, this is far from the case. Ronstadt is not an eccentric weirdo. Her remark

“There should not be a question of legal or illegal immigration… No one’s illegal. They should just be able to come…. I hate that there’s a fence”

is precisely consistent with the new Democrat line as I pointed out in  Pelosi Stated Obamacrat Immigration Policy: Not Open Borders: NO Borders. GOP/AdelZuck response: Zzzzz.

Apparently to have status in the Entertainment world – as with Novelists – vociferous Leftism is compulsory.

This is serious. The Treason Lobby is mobilizing its assets for the End Game.