Remember singer Linda Ronstadt? She's sold over 100 million records. In the 1970s she recorded a number of catchy pop hits, Remember "It's So Easy", "Just One Look", "You're No Good", "When Will I Be Loved?", "Poor, Poor Pitiful Me" and "Heat Wave"? For a time, also, she was the girlfriend, of Governor Moonbeam, Jerrry Brown, in an earlier stint as governor of California. In fact, it was Linda Ronstadt herself who first called Brown "Moonbeam", after which columnist Mike Royko popularized (and later renounced) the "Governor Moonbeam" title.

Now, Linda has Parkinson´s Disease, which is sad, but she's also developed into a full-blown Aztlan sympathizer. World Net Daily ran a recent article on her, Linda Ronstadt: My heritage is from Aztlan (Bob Unruh, World Net Daily, August 18th, 2014). Here are some relevant excerpts:

Award-winning rock singer Linda Ronstadt, whose career has been peppered with political controversies, told an Arizona newspaper the U.S. border with Mexico should be wide open. “There should not be a question of legal or illegal immigration,” she said in an interview with the Arizona Republic published over the weekend. “People came and immigrated to this country from the time of the Indians. No one’s illegal. They should just be able to come.”

Complete open borders, eh? That would destroy the United States. Which is why, I guess, some people are for it.

She argued the U.S. allows Cubans to come as refugees. “Well, in Cuba – I’ve been there, you know – people are fed, people are housed, people are clothed. There isn’t violence in the streets. Here, people are coming from places where there’s just terrible violence. Parts of Mexico that are incredibly violent, and Honduras, which is just unspeakably violent right now,” Ronstadt said. She said the Central American children “are just fleeing for their lives, their parents are just sending them out because it’s the only way that they have of living – into a terrible, dangerous journey and an uncertain future in the United States that is populated with people that seem to hate them – that’s how desperate they are.”....

Notice Linda's overkill, that "the United States is populated with people that seem to hate them". Really? As for Cubans, I think that from now on they should have the status of any other immigrants.

In an interview with “The Diane Rehm Show” after she was granted the award, she said “politics were getting so gnarly in Arizona.” “I just, I mean, I grew up in Arizona, I love it. I’m a part of the desert. I feel like, really, I’m from the Sonora Desert, which is – extends to both sides of the border. “I’m really from that part of Mexico also. And I hate that there’s a fence, you know, running through it,” she told Rehm.

So it's all about her, she hates the fence so we shouldn't have it.

In her interview with the Arizona paper, Ronstadt noted there was no fence through the desert when she was growing up. “In fact, when I moved back to Tucson, there wasn’t even a fence running through it,” she said . “While I was there, it was building; we just turned around and all of a sudden it was there, this horrible thing that destroyed economies on both sides of the line. “I know my own father’s business was very dependent on the goodwill and business and trade from people in northern Mexico. We knew their families and went to their weddings and baptisms and balls and picnics, and we had a great time with them. Because my dad had a huge hardware store, and they came up to Tucson (to) do their shopping,” she said. “We regularly shopped in Nogales. It was a wonderful place then, and had beautiful things in the stores and had wonderful food. And when they put that fence up, they cut all that commerce off and that’s what creates understanding and awareness of each other and good trade relations.”

The old days were different times, Linda. An open border is not possible today, at least for those of us who want the U.S. to survive. 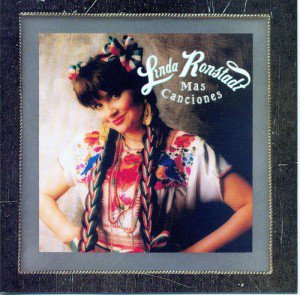 She said she admires Mexico. “The place where my grandfather was born is three and a half hours southeast of Tucson, and I love that culture down there – it’s beautiful; what lovely, lovely people. The little town that I go to is called Banámichi, a series of farms and ranches that hug the convolutions of the Sonora River and they’re farming and ranching with the kind of irrigation that they’ve done for hundreds of years; it’s a very sustainable way of living and people are lovely, quite refined and very well educated.”

Linda is not, by the way, of 100% Mexican heritage. According to the Wikipedia article on Linda Ronstadt, she is German, English and Mexican on her father's side, and English, German and Dutch on her mother's side. You don't hear her going on about her English, Dutch and German descent now, do you?

She described herself as a “girl from the Sonoran Desert.” “You have the United States, and you have Mexico, and then you have this Mexican-American thing which is this third culture, which I like to call Aztlán,” she said. “It’s not the same as Mexican culture; it’s not the same as American culture. It’s a distinct hybrid with its own characteristics, and it’s influencing the culture in the United States and Mexico, and that’s kind of where I’ve found myself for the last 20 years. It’s an Aztec word; it means northern. It’s where the Aztecs came from. When they asked, ‘Where did you come from? They said ‘Aztlán,’ which is up here in the north, probably the American Southwest.”

And speaking of Linda's inclusive and tolerant nature, check this out:

She has said she doesn’t like to sing to an audience that includes a Republican or “fundamentalist Christian.”

So she didn't even want people in her audience, paying customers, who might enjoy her music but not her ideology?

Arrogant pop stars and former pop stars are a dime a dozen. In Linda Ronstadt's case you also have the ethnic element, or at least, the part of her ethnicity with which she has chosen to identify herself. I don't think she was like this in the 1970s, but at some point along the way she became an all-out Aztlan sympathizer and open borders fanatic.