The famous Brown vs. Board of Education decision reversed an earlier Supreme Court ruling on "separate but equal" racial accomodations allegedly without violating  stare decisis, because of what they said was "new evidence"—black psychologist Kenneth Clark's "doll experiments" in which black children preferred white dolls.

This is the kind of bogus psychologial study that doesn't replicate, and it was criticized as such at the time. It's been criticized more since.

Steve Sailer said in one article that

"The Supreme Court famously drew upon social science research in Brown v. Board of Education.  Granted, sociologist Kenneth B. Clark's experiments with dolls were primitive and turned out to be largely fallacious."

and in another blog item said

"As you may recall, the 1954 Brown v. Board of Education decision hinged in surprising proportion on an experiment done by sociologist Kenneth Clark in which black children tended to choose to play with (store-bought) white dolls over (home-made) black dolls, demonstrating (according to the Supreme Court's fearless interpretation) that segregated schools damaged black self-esteem."

This was always a stupid idea—black website The Root asked, The Doll Test for Racial Self-Hate: Did It Ever Make Sense? in 2014, but they're allowed to question this because they're black.

In a 21st century variation on this, Lifehacker author Meghan Moravcik Walbert, who is very white, wants to you to buy your white child a black doll.

...one woman, who is a foster and adoptive parent to children of different races and skin colors, would you like to stop before you buy your white child (or another white child) yet another fair-skinned doll. Maralee Bradley writes on her blog, A Musing Maralee:

Please buy your white kids some diverse dolls. Buy them the Captain America action figure AND the Black Panther one. Buy them a white Barbie, a black Ken and little brown-skinned, curly-haired Chelsea doll to go with it. White dolls aren’t just for white kids and black dolls aren’t just for black kids. Let your kids see you tell them how beautiful that black Barbie is, how precious that black baby looks and affirm what a good job your child does in caring for them.

Bradley wrote her plea after witnessing a conversation between two women who were shopping for a child’s birthday gift, debating whether a certain baby doll represented a child of color and whether the parents of the (presumably white) birthday kid might object. As Bradley wanted to suggest to them, “If someone is going to be upset about receiving a black doll, that is not a home I want my child (white or brown or black) spending time in. Instead of avoiding that interaction, let’s just go all in and see what we’re dealing with.”

Any child or mother who doesn't want a black doll, shun them!

It turns out, by the way, that black children are still playing with white dolls, 65 years after Brown Vs. Board, and for similar reasons. 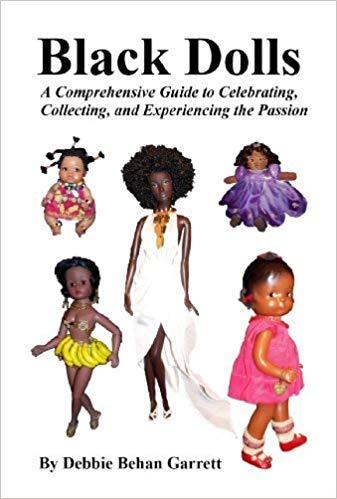 Children of color often play with white dolls simply because they are the most widely available. Debbie Garrett, author of Black Dolls: A Comprehensive Guide to Celebrating, Collecting, and Experiencing the Passion, told USA Today that she grew up in the South playing exclusively with white dolls. Store owners were either unwilling to carry black dolls or they were depicted in stereotypically racist ways.

In light of the paucity of black dolls, it’s “of the utmost importance for black children” to have dolls that look like them, Garrett said. Conversely, she argues because “white standards are promoted as the norm,” it’s important for white children to have dolls that represent different ethnicities, “to promote cultural diversity and an awareness that we are all one race: human.”

Toy options are starting to become more diverse, but children of color still need to see themselves represented more. Meanwhile, white children have long been surrounded by an abundance of white role models and white characters in books, movies and TV shows. But one easy way to make their world a little more diverse is by increasing the diversity of their toys.

That explains why, if you're supposed to buy black kids black dolls to avoid damaging their little self-esteems,  this (white) woman is advising white mothers to buy their white kids black dolls. It's because their self-esteems deserve to be damaged—they're white.