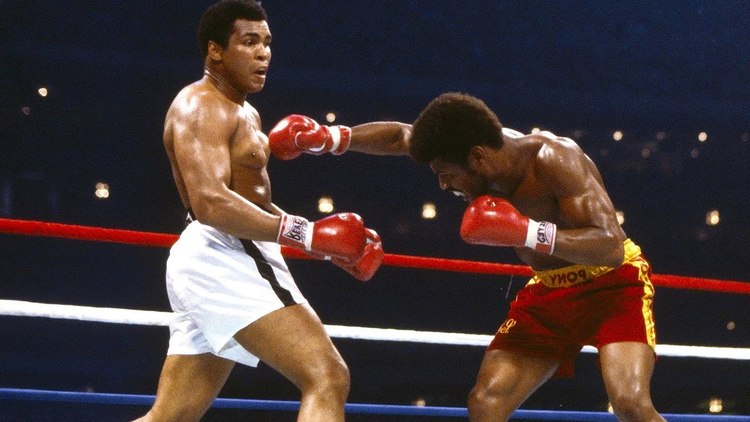 Leon and Michael Spinks were boxing brothers from the notorious Pruitt Igoe housing project in St. Louis who both became heavyweight champion of the world.

Leon loved boxing and all the craziness that went with it. After he upset Muhammad Ali, he quickly had one of the biggest entourages ever. When he lost his crown back to Ali, however, all his scores of hangers-ons vanished before he got back to the locker room, and only Michael was waiting to drive him back to the hotel.

Michael didn’t much like boxing. After he and Leon won gold medals for the US at the 1976 Olympics, Michael got a job as a janitor. Eventually, he decided to try pro boxing and beat Larry Holmes twice. His take it or leave it attitude toward boxing helped him negotiate to earn a huge payday for getting thumped by Mike Tyson at his peak.

My favorite Leon fight was the end of the 1976 gold medal bout against Sixto Soria of Cuba (in red):