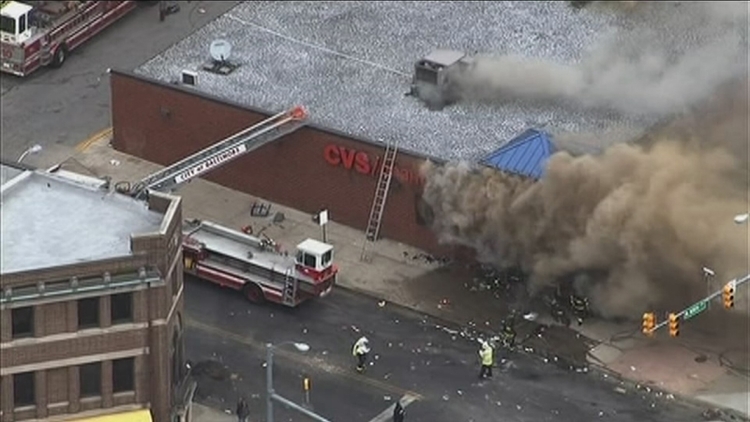 Do Pharmacy Deserts Represent Systemic Racism Or Resistance To Gentrification?

Above, a CVS is seen burning during the Baltimore Riots. A local activist was convicted of cutting a fire hose while the Fire Department was putting it out.

From WLS in Chicago:

CHICAGO (WLS) — Many Chicagoans are already struggling to fill prescriptions because there are no drugstores in their neighborhoods, and that could also make it tougher to get the COVID-19 vaccine.

… The I-Team’s data analysis found fewer pharmacies on the South and West Sides than in North Side neighborhoods. These pharmacy deserts could make it more difficult for tens of thousands of residents to get the COVID-19 vaccine.

“My work found that predominantly black and Hispanic neighborhoods in Chicago have fewer pharmacies and are more likely to be pharmacy deserts, and are also more likely to experience closures,” said Associate Professor Dima Mazen Qato, University of Southern California.

I-Team research shows there are 254 pharmacies on the North Side, and 141 south of the Loop.

But from the Washington Post, we learn that not having a chain pharmacy in your neighborhood is good because pharmacies represent gentrification and they are irresistible to the Mostly Peaceful Protesters because of all the stuff on their shelves that is just crying out to be looted:

The Mount Pleasant Miracle
How one D.C. neighborhood quietly became a national model for resisting gentrification

On Monday afternoon, June 1, the city of Washington was on the brink of a nervous breakdown. Seven days after the killing of George Floyd, scenes of mobs, flames, cops and chaos looped endlessly on screens large and small, interrupted only by images of boarded-up windows and now the spectacle of a phalanx of uniformed soldiers routing peaceful protesters from Lafayette Square across the street from the White House.

I was sitting an 11-minute drive north of the mayhem at the carryout end of the Marx Cafe bar in the neighborhood of Mount Pleasant. The regulars who lined the bar — masked and (sort of) socially distanced — stared up in appalled silence at a TV as the president hoisted a Bible. The country was disintegrating during happy hour. Mayor Muriel Bowser’s 7 p.m. curfew order was fast approaching. The crowd thinned.

Across the street at the Best World supermarket, co-owner Young Pak was closing early. Pak and her husband bought the store a decade ago and have served the neighborhood ever since in economical style. The store’s large, unprotected plate-glass windows looked vulnerable to the worst of intentions floating in the Washington air that night. Pak locked herself in, and I hurried home.

I couldn’t help but think of the Mount Pleasant riot of May 1991. That was the last time Washington had seen widespread civil disorder. A police shooting

By a black woman cop

of a Salvadoran immigrant had triggered several days of window smashing and car burning, a cataclysm that made the neighborhood notorious for years to come. …

By nightfall, the nation’s capital was engulfed in a wave of looting and vandalism, some it of targeting national chains. Across the District, more than 200 businesses were damaged. At least six CVS stores from Capitol Hill to Friendship Heights were looted or burned. The disorder, The Washington Post reported, spread to “normally tranquil residential neighborhoods.”

Not Mount Pleasant. There was no CVS to loot; thanks to neighborhood activists, the pharmacy chain’s plans to open a store on Mount Pleasant Street had recently been thwarted. Where a new CVS might well have stood, the humble Best World supermarket was unscathed.