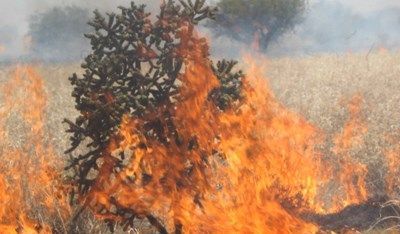 As I’ve often mentioned, a striking example of the dysfunction of our social discourse is how we can make almost no progress on what ought to be one of our country's least intractable problems—Latino littering—because every time anybody (e.g., Tucker Carlson, Amy Wax, or Ann Coulter) points out that we have a Latino littering problem, the Conventional Wisdom shrieks in outrage over this Blood Libel.

If you can get them to calm down a bit, they tend to back up to the claim that there is No Evidence.

Of course, there is plenty of evidence, but then they specify academic papers. And, in truth, our problem of Latino littering is understudied academically, precisely because so many influential people get spitting mad over it (for reasons that are much murkier, and of course haven’t been much studied at all).

But it does turn out that there are a few academic studies. For example: Carr and Williams, 1993, “Understanding the Role of Ethnicity in Outdoor Recreation Experiences” in the Journal of Leisure Research.

Carr and Williams interviewed people at four spots in the San Gabriel Mountains of Southern California, including the notorious East Fork of the San Gabriel River. They didn’t record behavior, just attitudes, but the findings were clear: Whites (Anglos) and American-born Chicanos had been well-indoctrinated in pro-social ideas about forests, while Latino immigrants had not. On the whole, SoCal Anglos & US-born Chicanos are aware that you shouldn’t litter in the mountains, while Latino immigrants aren’t. It turns out that the researchers arrived at roughly the same conclusions in 1993 that I did in 2013: Shaming people into not littering more or less works, as long as you try.

One explanation is that those of Anglo origin and more acculturated Hispanics, by virtue of their long-term residence in the United States, have been exposed to an intensive anti-litter, anti-fire campaign. The messages range from “Give a Hoot, Don’t Pollute” to “Only you can prevent forest fires!,” to the visual image of a Native American standing in the litter next to a freeway with tears rolling down his cheek. Messages of this bent may be echoed back in the responses provided by those of Anglo descent and the more acculturated Hispanic individuals born in this country.

Those born outside the United States may not be aware of either the social norms involved or the centrality of these norms to using the forest.

Latino littering is a socially constructed problem that presumably could be socially deconstructed with a Hispanic-focused version of the old “Crying Indian” anti-littering campaign that successfully racially shamed whites into not messing up this beautiful land:

We should have Spanish-language ads where your littering makes Taylor Swift cry.