John Derbyshire: Do We Have Government Of Laws, Or Not?

Is the US governed by laws or men? Tuesday last week here at VDARE.com James published a very good piece about former Texas congressman Steve Stockman, who last November was sentenced to ten years in federal prison, and ordered to pay over a million dollars in "restitution," for fundraising irregularities.

Stockman's release date is December 26, 2026, when he'll be 70 years old. So his life is pretty much over. That's assuming he makes it to 2026; he seems to be incarcerated in a medical facility.

My colleague makes a good case that Stockman was stitched up for taking on the Deep State while being too much of a National Conservative—translation: not enough of a cuck to the cheap-labor donor lobbies—to get any support from the Republican Party.

James then contrasts Stockman's fate with the numerous non-prosecutions or gentle wrist-slaps delivered to Establishment darlings like Hillary Clinton, Al Sharpton, and Ilhan Omar, who have displayed an approach to the people's laws about campaign-finance, taxes, and immigration far more careless—to use the mildest possible adjective—than Steve Stockman's.

James notes that this pattern doesn't just apply to the politically powerful. When there's a street rumble involving Antifa, arrests are made, charges are brought, and convictions are handed down … but hardly ever against the Antifa goons.

Are we already a Third World nation? James wondered. Have we already slipped down to the level where the powerful and well placed can scoff at the law, while lesser folk—especially if they hold unpopular opinions have their lives destroyed by instruments of the state?

Well, yes, we are, and we have: Ask Steve Stockman.

Progressive politicians love to tell us who we are. If anyone takes a public stand against progressive orthodoxy you can be sure that current candidates for the Democratic Presidential nomination will step up one after another with the reproving frown to tell us, "This is not who we are." Barack Obama's Presidency was regularly punctuated by these little correctional sessions. Obama must have who-we-ared us at least a hundred times.

Well, I have my own longstanding ideas about who we are, or rather who we aspire to be—the ideals we should reach for. One of those ideals is, that we are a nation of laws, not men. In America, it doesn't matter who you are: Rich or poor, powerful or lowly, the law applies equally to all.

Of course, you can't say we've always lived up to that. It's in the nature of ideals that they shine there in sight but never quite in reach. We strive to approach them. This one really shouldn't be hard to get close to. 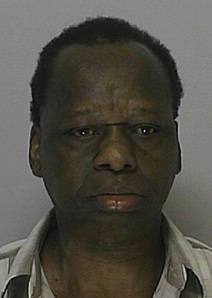 It shouldn't be, if we want to try. We don't any more want to try, though. As James's column tells us, we have given up on equality under the law.

At any rate, to judge from the fact that protests like his appear only in minority-interest websites off the beaten track—apologies to the VDARE.com suits there—apparently the mass of ordinary Americans have stopped minding about gross transgressions of the equality-under-the-law rule.

I remember thinking these thoughts eleven years ago in the '08 election campaign, when the issue of Barack Obama's scofflaw aunt was brought to light—by British newspaper reporters, our own newshounds having displayed very little interest. Obama's aunt went on scoffing at our laws until she died in 2014 in very comfortable circumstances, courtesy of the U.S. taxpayer. Why not? She was the President's aunt!

Does anyone but me remember that Obama has a scofflaw uncle, too? He's also an illegal alien, ordered deported in nineteen eighty-nine. Still here? Oh yeah.

In a country of laws, not of men, our chief federal executive would have made a point—a proud point!—of having his uncle and aunt deported, as the courts had ordered. Unfortunately we don't live in that country. We live in a country where having connections to the powerful and holding approved opinions gets you off the hook.