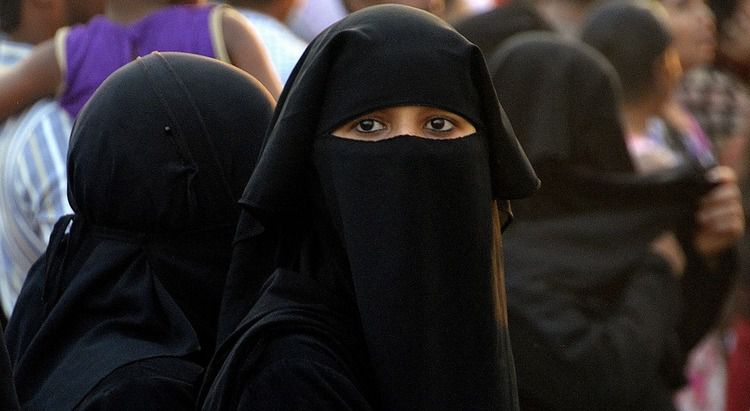 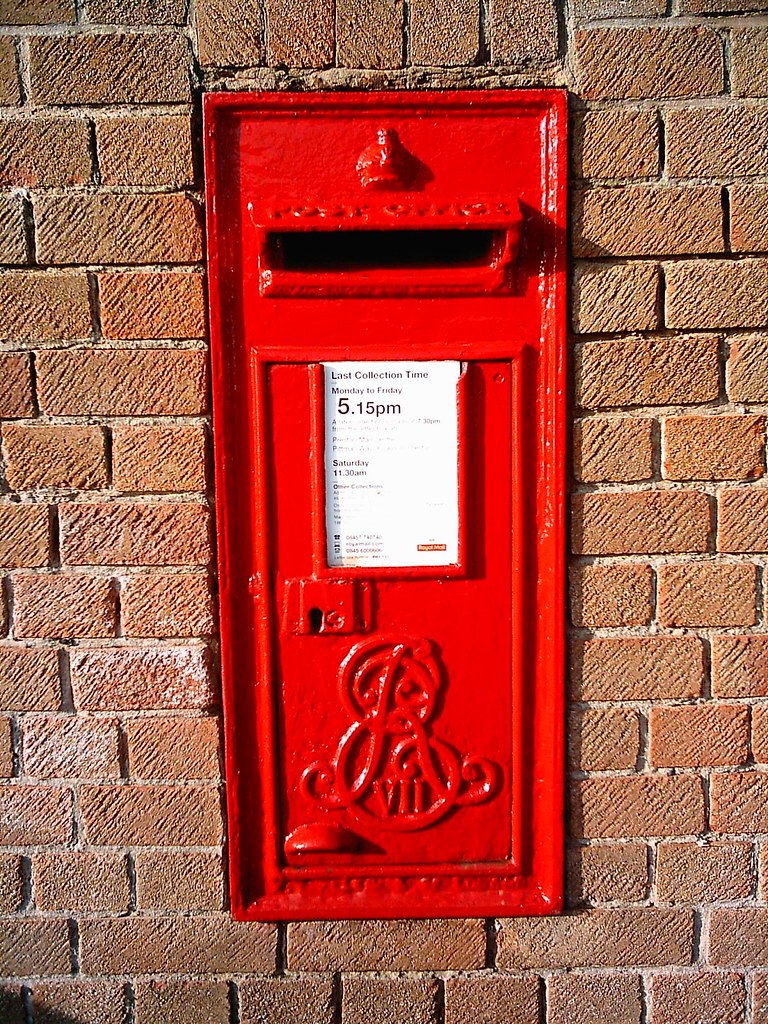 In an article in the Telegraph, new British PM Boris Johnson compared the masked Muslim women in burqas seen wandering the streets of London to "letterboxes", meaning the British kind of mailbox pictured at right, and "bank robbers", because they're appearing in public masked like robbers, ninjas, or Klansmen.

Boris's column was called Denmark has got it wrong. Yes, the burka is oppressive and ridiculous – but that's still no reason to ban it,  August 5, 2018.

Now some whinging Muslim group is blaming him for a (perceived) rise in "hate crimes" against Muslims.

Someone called Tom Chivers has a defense of Boris on a site called Unherd:

Did a comment in a paywalled Telegraph article cause a 375% surge in attacks on Muslims? The answer, rather unsurprisingly, is no. https://t.co/FBrGPt50v0

A year ago, the man who is now Prime Minister was describing Muslim women in burqas as looking like “letterboxes” and “bank robbers”. It was in a column for the Daily Telegraph1. Inevitably enough, it caused an uproar, because it was a stupid and ugly thing to say.

Not really, it's a funny thing to say, assuming you're allowed to be funny about people who are dressed funny in public. (Apparently this only applies in Britain to properly-dressed white people. )

The strange thing is that the piece was a defence of Muslim women’s right to wear the full veil, and a condemnation of the Danish government’s decision to ban them. It was a couple of nasty little throwaway lines that caused the outrage, rather than the content itself.

Now, the NGO Tell MAMA, which records anti-Muslim incidents, has said that the piece was followed by a 375% surge in abuse and attacks on Muslims. The Guardian goes further, saying that the comments “led to a surge in anti-Muslim attacks”.

That sounded absolutely extraordinary to me. A 375% increase is enormous. So I thought I’d have a closer look.[More]

I assume that most hate crimes are fake, and what Chivers describes is an uptick in complaints, not crimes. When I described the Muslim complainers as "whinging" above, please note that that their name is literally "Tell MAMA".

What I want to remind you is that allowing people to wear masks in public leads to actual bank robberies. For some reason, this is particularly true in Philadelphia.

Some scoff at the idea that face-covering Islamic veils endanger public safety in any Western nation, let alone the United States, but Philadelphians do not have the luxury of blissful ignorance. As recent events highlight, their city has become the American epicenter of robberies and murders carried out by criminals disguised as fundamentalist Muslim women. Several factors help explain Philadelphia's place at the forefront of this trend. Will other U.S. cities be next?

The latest wave of burqa banditry to target Philadelphia began at a branch of More Bank in the East Oak Lane neighborhood two days before Christmas. Following similar heists on January 6, March 14, March 20, and April 4, the Philadelphia Police Department and FBI issued a wanted flier for a pair of black males in "Muslim-like clothing covering their heads and bodies." Surveillance images indicate that the outfits include face veils (niqabs) and "burqa-like robes," to quote one news item, leaving just the eyes visible. The same Wells Fargo branch struck on April 4 was then hit again on April 13, after which Muslim groups offered $20,000 for information leading to the perpetrators. No arrests or further bank robberies have been reported.

The criminal applications of this attire also were on display during an April 18 homicide at a barbershop in Upper Darby, a township bordering West Philadelphia. Police believe that a love triangle inspired Sharif Wynn to enter with a gun and demand money from the barber, Michael Turner. Wynn insists that he merely meant to scare the man, but officers say that he shot Turner intentionally at point-blank range. The police superintendent has revealed that the attacker was "dressed in Muslim female garb, was covered from head to toe. The only thing that was showing was his eyes." Authorities identified Wynn through interviews and his electronic trail.

Though assembling a complete history of niqab-aided crimes is hindered by the unknown consistency of media reporting, the seven incidents outlined above appear to be the most that the Philadelphia area has suffered in any four-month period to date. However, the city earned its reputation as a burqa banditry hot spot long before this recent spike.[More]

Philadelphia has a lot of blacks, Black Muslims, and Muslim Africans, so this has become a Thing locally, but "Burqa Bandits" have been seen (sort of) from Sarajevo to Sydney, Australia.
So Boris was right to say they looked like “bank robbers” and wrong to object to a ban on burqas.
As for hate crimes, they're what happen to Muslim women who refuse to wear burqas.