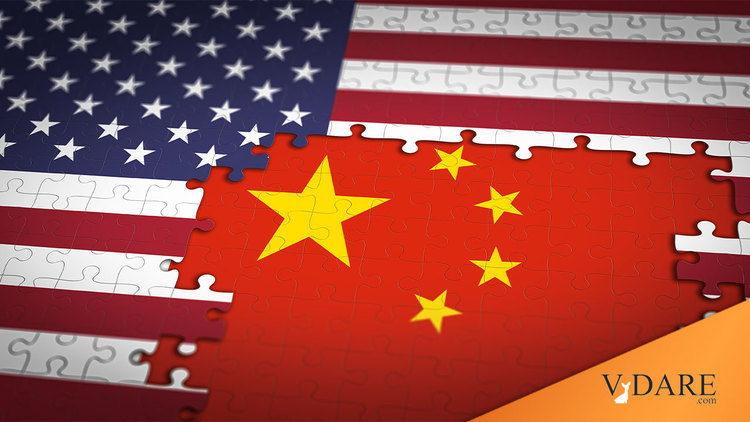 It’s Time To Ban Chinese Students And Academics From Universities. They Are Spies And Possibly Sleeper Saboteurs For The Red Regime

Dan Cadman of the Center for Immigration Studies has raised an obvious question about U.S. policy vis-à-vis foreigners who come here to study. Why do we allow nearly a half-million Red Chinese “students” to attend colleges in the United States [More Evidence of CCP Activism at U.S. Universities, July 27, 2022]? Whatever the answer, Cadman links to two alarming reports that show the urgency of deporting these “students,” every one of whom is a potential spy and/or saboteur. Some, of course, actually are. Fang Fang, the Chinese spy who famously worked for leftist U.S. Eric Swalwell of California, entered the country as a student [Suspected Chinese spy reportedly slept with, courted US officials to gain intel, by Mark Moore, New York Post, December 8, 2020].

The CCP uses the Chinese Students and Scholars Associations as a surrogate to ferret out, isolate, and punish Chinese students who do not toe the party line.https://t.co/Z93wBtILC4

The first report is from CIS’s George Fishman, who explained that Red China is preparing for war with the United States. As part of that preparation, the Asiatic menace is planting “students” here to spy, steal technology, and create a fifth column on college campuses:

Fishman observed that the Biden Regime shut down a Trump-era program to deal with the internal threat China poses, and it’s time to ban Chinese “students”:

Given the paucity of effective mechanisms to prevent students from the PRC once in the U.S. from engaging in espionage and otherwise bringing the fruits of our scientific research back home, it may be time to consider barring the entry of all students from the PRC, or at least those who will be studying in STEM or other fields likely to give them access to information and research of value to the PLA.

U.S. law permits the government to stop spies and saboteurs from entering the country, Fishman observed.

The second report explains just how much power control China has over its students.

The stated purpose of CSSAs (and the purpose that many of their leaders likely intend to carry out) is to help Chinese students become adjusted to life at American universities and provide a sense of community. Yet, despite this anodyne mission, many chapter officers have anonymously reported feeling uneasy about Chinese consulate interference in their organizations. …

CSSA-related political tension came to a head at Duke University in 2008 when Grace Wang, a Chinese student, attempted to facilitate open conversation between Chinese and Tibetan students at a campus protest. After being shouted down and escorted away by campus security, Wang checked the Duke CSSA website, where she saw organization officers “gloating” about the turmoil. After responding with a call for civil discussion, she found the website flooded with pictures of her labeled “traitor,” as well as her Chinese parents’ state ID numbers. She then learned that her parents were receiving death threats and being harassed at their home in China. Her diploma was subsequently revoked by her Chinese high school.

Let’s Go Brandon’s refusal to monitor this threat is nearly inexplicable until you look at Hunter Biden’s shady business deals with the Chinese Reds. In one of Hunter’s emails from the laptop from Hell, recall, Traitor Joe was the “Big Guy” set to receive 10 percent of the sex-obsessed and drug-addled lad’s Oriental riches.

That could be yet another charge for GOP congressmen to add to their impeachment bill. But that aside, the time has come to round up every Chinese “student” on every U.S. campus and put them on a fast boat to China.