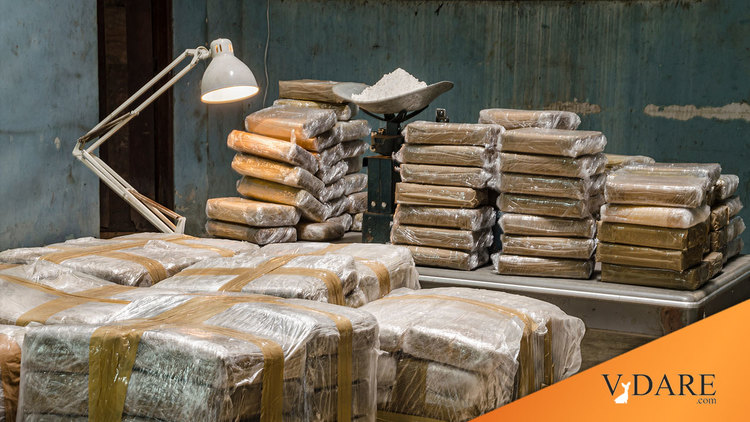 Most stash houses that Immigration and Customs Enforcement finds packed to the rafters with illegal aliens are on the border. But ICE found one two days ago in the wealthy northwest section of Washington, D.C. Inside were dozens of illegals, a big pile of money, and a few snorts of blow.

NEW: Immigration agents found 73 migrants, 13 of whom are children, living in houses operated by human smugglers in the Northwest area of Washington, D.C., according to internal documents reviewed by @NBCNews.https://t.co/teMR3ZgBJp

“Immigration agents found 73 migrants living in houses operated by human smugglers in the Northwest area of Washington, D.C., on Wednesday, according to internal documents reviewed by NBC News,” the network’s Julia Ainsley reported:

The migrants, 60 adults and 13 children, were discovered by Immigration and Customs Enforcement’s Homeland Security Investigations team as part of an operation that targeted six residential homes believed to be operated by human smugglers. The agents also found $95,000 and a small amount of cocaine, the documents said.

ICE will probably release the “migrants,” of course, but that notwithstanding, you can bet your bottom peso that smugglers are operating stash houses in other big cities.

Here’s yet another item for immigration patriots in Congress to add to their impeachment resolution if they retake Capitol Hill.

At this writing, the news is not on ICE’s website.