Earlier, by Allan Wall: Border Closed To "Nonessential" Travel. How Do You Define It? Mexican President Still Considers Border Open

Initial reports from Ports-of-Entry (POE), the designated place where persons and goods enter the United States and are inspected or examined, suggest that Port Directors were ignoring President Trump and U.S. Customs and Border Protection (CBP) management.  How extensive this was is not known, nor is it known if this was deliberate insubordination by Deep State saboteurs or just hesitancy in enforcing orders.

Customs and Border Protection officials are defying the Trump administration’s directive to block all nonessential foreign travel into the United States from Mexico, allowing noncitizens [Aliens-Ed.]  claiming to be on shopping trips to continue entering, according to two officials involved in the implementation of the order.

CBP employees in Arizona told the Washington Examiner Saturday they were instructed Friday night at the start of the executive order and again this morning not to turn around noncitizens who said they were coming in to shop, visit family, or for medical appointments. By Saturday morning, “hundreds” of vehicles that should have been blocked at the port of entry had been allowed through, two officials said.

“We’re letting them through. And that’s pretty much the gist of it,” one official said. “Nobody’s enforcing it. It was put up — the president put it out. The chief patrol put it out. And we’re just not doing it.”

“In plain English, it was a giant shit show,” said a second official. “Nobody followed the directive, a plain and simple directive. You’re trying to keep the coronavirus from going north … yet you just let it bleed through anyway, so you’re not doing the job you’re directed to. That’s what’s aggravating.”

One day later, the story was updated, with the policy then being enforced, at least partially.

UPDATE: Saturday night, after publication of this story, sources used for this article said agents in the areas they were aware of had started turning away Mexicans claiming they wanted to enter to shop or for tourism.

Now, Port Directors (PD), those CBP officials from the Office of Field Operations (OFO) in charge of POEs, are very powerful and have little direct supervision.  Theoretically, they report to a Field Office Director who supervises each PD in a CBP Field Office.   However, traditionally they act with little or no supervision; consequently local policies sometimes have little to do with nation-wide directives and policies.  This is obviously fertile ground for misconduct and corruption, as well as being too concerned with the local impact of policies, rather than implementing national policies.

Whatever the actions in Arizona, the Arizona Field Office for CBP had little or no supervision of the land POE PDs in Arizona; Douglas, Lukeville, Naco, Nogales, San Luis, and Sasabe.  We don’t know which POEs were refusing to enforce the Trump order, but, as yet again, no one has been fired, which should have happened immediately.  The suspect here is Guadalupe Ramirez, Jr., the new Director of Field Operations for the Arizona Field Office.  One cannot help but think that his loyalty to his fellow ethnic  Mexicans was stronger than his loyalty to the United States and President Trump.  Is he a saboteur like Matt Albence?

Now, other POEs apparently have been enforcing their orders from President Trump, and the Mexican reporters at Reuters have identified illegal aliens as the hardest hit.

The world’s busiest land border has fallen quiet as restrictions to contain the coronavirus prevent millions of Mexicans from making daily trips north, including many who work in U.S. businesses.

At least 4 million Mexicans residing in cities along the 1,954-mile (3,144-km) border have been hit hard by the restrictions on non-essential travel. The measures effectively invalidate visas allowing short crossings into U.S. cities to visit family, get medical care or shop.

While such B1/B2 “border crossing cards” are officially recreational, Reuters spoke to nearly two dozen residents of Tijuana, Nogales and Ciudad Juarez who use their cards to reach jobs or to care for relatives on the U.S. side of the frontier.

All said they could no longer make the crossing, dealing another blow to businesses already suffering from shutdowns on the U.S. side of the border, including vital industries like agriculture.

“I don’t know what I’m going to do without money. I’m just waiting for a miracle,” said 28-year-old Rosario Cruz, a mother of two young children who works for a cleaning company that subcontracts with major retailers in California.

One of the problems on the land border with Mexico is Border Crossing Card (BCC) fraud. The BCC is issued as a non-immigrant visa for Mexican citizens who live near the land border, but many use it to cross the border to maintain illegal employment in the United States. 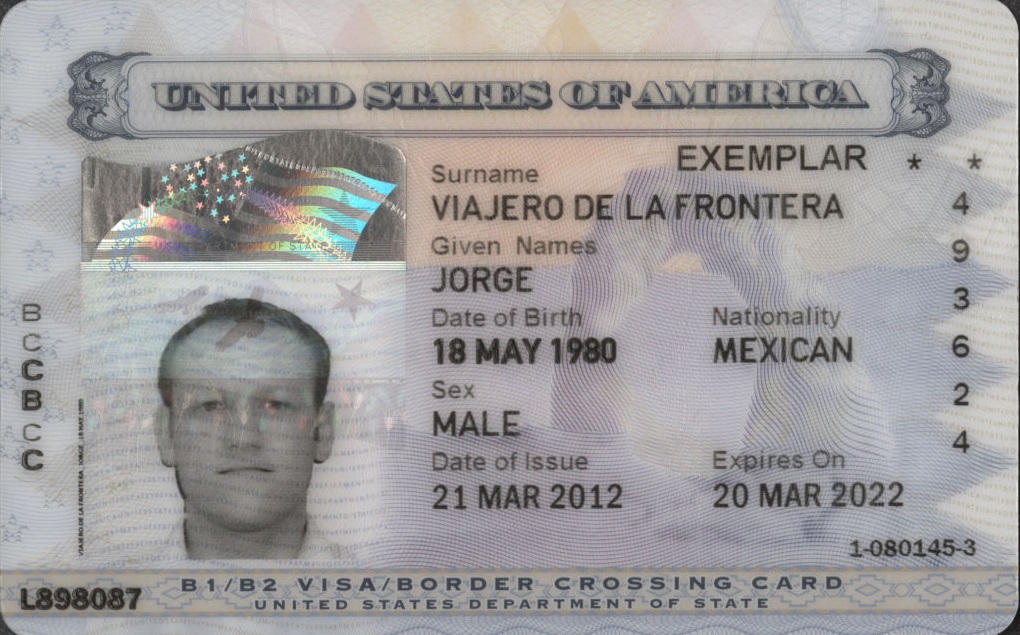 This local sentiment is one of the social and economic pressures on Port Directors in CBP to not interfere with Mexican border crossers.  The pressure is particularly strong, and effective, on ethnic Mexicans in CBP, like Guadalupe Ramirez, also, to quote Clint Eastwood, known as the rat.

The silver lining here is that this problem is at the forefront.  Hopefully President Trump can use this fake crisis to keep the border with Mexico closed and to demand that the State Department better screen applications for the BCC.

And President Trump should fire Guadalupe “The Rat” Ramirez, as well as other Deep State saboteurs.