This Day In VDARE.com History, 2008: Coyote Threatens To Cut Off Illegal Immigrant's Fingers

Originally published here on this day in 2008.

I don't know if Janet Murguia would call this media malpractice—at least the headline follows the rule that victim is an immigrant, the criminal never. And in fact, John Ernest Guerrero Jr., 6'3", 350 lbs, pictured, is probably a native-born American citizen, like George Washington or Paul Revere. 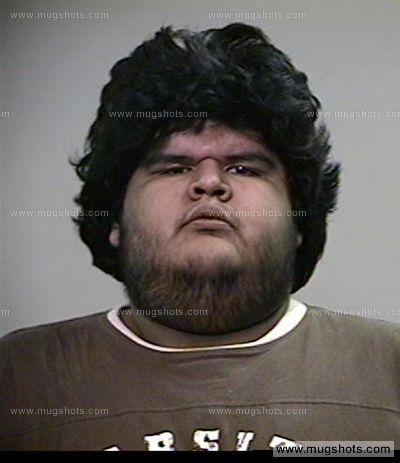 PORT CHESTER - A Texas man was arraigned today after police said he transported illegal immigrants from Texas, held five of them in a Port Chester apartment and threatened to cut off their fingers with pruning shears if they didn't ante up more money.

John Ernest Guerrero Jr., 22, of Pearland, a 6-foot 3, 350-pound man, was arrested by seven officers after the captives escaped an attic apartment in which they were being held without food, police said. Police are seeking a second and possibly a third captor. Two men from Brazil were found on Poningo Street Saturday afternoon, allegedly after escaping from the apartment in 123 Haseco Ave., a triplex Victorian-style building. They alleged they had been held there four or five days after being transported there by two men in a white Chevrolet after they crossed the Mexican border into Texas.

Police said the men -ages 30 and 50 - were uninjured despite not having eaten and having been involved in a fight with their captors that resulted in their escape. The struggle came, police said, after one captor held a small wire cutter to the pinky of one man Saturday and demanded $2,000 more than the $10,000 they had each paid to get into the United States.[More]

This is the kind of thing you expect to happen in the Rio Grande Valley—but Port Chester, NY, is in the Lower Hudson Valley. It's now 46 percent Hispanic.

VDARE20Diversity Is Strength
<< Previous
Next >>
LATEST