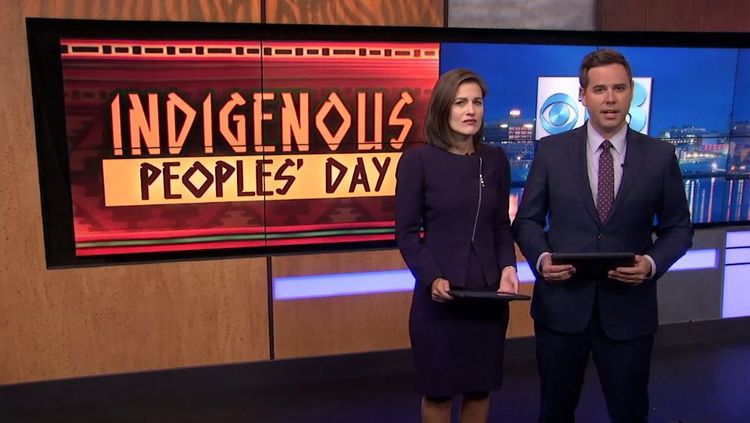 PORTLAND (WGME) -- While most of the state will celebrate Maine's newest holiday, Indigenous Peoples' Day, the mayor of one Maine city wants to keep Columbus Day.

Columbus Day is, after all, a Federal Holiday. But it’s the Current Year, and every Current Year gets more anti-white:

Mayor Nick Isgro's proclamation honors Christopher Columbus, who has become a reminder of the oppression and pain endured by the native people of the Caribbean islands, despite recent Maine law marking the state holiday as Indigenous Peoples' Day.

This story says that Mayor Isgro “is of Italian and French descent,” which is a level of ethnic reporting we don’t often see in crime stories. (Columbus Day was originally proclaimed a national holiday in 1937 at the instigation of Italian-Americans, although Anglo-Americans had celebrated the 300th and 400th anniversaries in 1792 and 1892. However, Current Year people don't hate Columbus because he was Italian, but because he was white.)

As for the oppressed  native people of the Caribbean Islands, they were cannibals. That’s where we get the word. See A Reader Says That Columbus Didn't Find Civilization When He Landed—He Found Cannibals.

The AP has a story saying Mayor in Maine plans to declare Oct. 14 Columbus Day, in defiance of state law, October 1, 2019.

Of course, if the State Of Maine wants to declare that a federal holiday is also a state holiday, they can, but they can’t stop normal people from calling it what the Federal Government calls it.

The "It's the Current Year" people insisted on being heard from.

I’m not sure if these are actual “residents,” they sound like bused in college kids. And all their arguments are about how America is evil.

When Isgro's proclamation quoted President Benjamin Harrison's 400th anniversary proclamation that Columbus was a "pioneer of progress and enlightenment," the Current Year response from Elizabeth Leonard [Email her], a retired history professor, is that

"Harrison, the president favorably cited in Isgro’s proclamation, was commander-in-chief of the U.S. Army’s 1890 massacre of more than 140 native people at Wounded Knee."

Of course he was. And the Wounded Knee Massacre was a response to earlier massacres by American Indians, who at least weren't cannibals. (Er, much.)

Here's anthropologist John Greenway's note on the fight at Wounded Knee, for which 20 American soldiers got the Medal of Honor:

The assemblage of Indians at Wounded Knee were hostiles dancing the Ghost Dance, which among the Sioux demanded genocide of the whites. The fighting—which indeed ended with the total slaughter of the Indians by soldiers harboring long infuriation for unavenged killings by the Indians—began when a shaman blew the eagle whistle and Indians pulled concealed rifles from under their blankets. The Wounded Knee Massacre put an end to Indian wars. [Will The Indians Get Whitey, National Review, March 11, 1969, PDF]

And that's what they're celebrating on Indigenous People's Day. Good for Mayor Isgro for standing up to it. Congratulate him  by email.