I discovered this via the Countenance Blog, which said that the "artwork" looked like playground equipment.

In Minnesota, the Walker Art Center is taking down an outdoor art installation because a Native American tribe was offended by it. It’s not only taking it down, it’s going to burn the thing, which has been exhibited in the US and Europe since its creation in 2013:

“Scaffold” was to be one of the new pieces added to the Walker’s Minneapolis Sculpture Garden during its multimillion-dollar renovation. Conceived as a commentary on capital punishment by the artist Sam Durant, the sculpture comprises elements of seven different hangings in U.S. history.

But one of those events — the execution of 38 Dakota men following the U.S.-Dakota war in 1862 — remains a subject of special pain in Minnesota. It was the largest mass execution in U.S. history. The large, boxlike frame of “Scaffold” recalls the gallows erected in Mankato, Minn., for the hangings a century and a half ago.

“The wood will be removed and taken to the Fort Snelling area, because of the historical significance of this site to the Dakota Oyate, where they will ceremonially burn the wood,” the center added.

The statement also noted that Durrant, the “Scaffold” artist, has “committed to never create the Dakota gallows again. He commits to transferring the intellectual property rights of this work to the Dakota Oyate.”

Unbelievable. It’s hard for me to see the artistic merit in the thing — it’s nothing more than a scaffolding for a hanging, erected here as a political statement — but that is beside the point. The artist’s intent was to protest capital punishment by memorializing seven different hangings. The action by the Dakota protesters goes beyond simply objecting to a work of art that they find offensive. What they’ve done here is to successfully intimidated a major museum and an artist into taking down and destroying a work of art that was created in sympathy with the Dakotas’ suffering. [More] 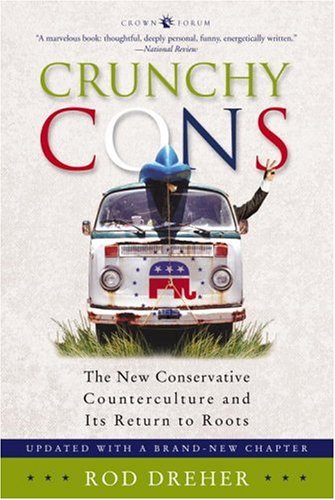 Dreher, who has always been the Compleat Cuckservative  (his Crunchy Cons concept in 2006 was pioneering) thinks that the issue is, as he says, "Seriously, what kind of artist agrees to let other people tell him what he can and cannot create?"

No, the issue is "Why are the Dakotas honoring the executed mass murderers of the 1860's?"

In 1969, there were a number of weepy books published about the "sufferings" of the Indians, and they were reviewed by anthropologist John Greenaway in National Review. [Will The Indians Get Whitey, March 11, 1969, PDF]

Here's Greenaway's description of (a ) white historians and (b) Indian savages in the Minnesota Massacre of 1862. (Do Dreher, and the MSM reporters covering this controversy about a mass hanging imagine that the Indians were hanged for no reason?)

The Indian As Victim 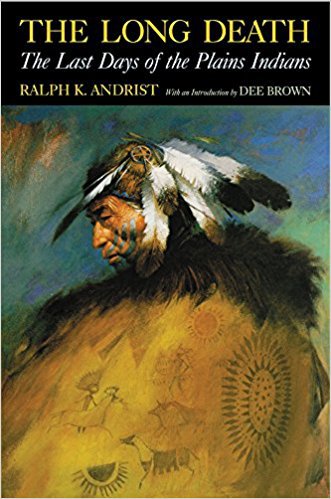 When sneak attacks on horses escalated into massive and murderous raids on settlements, people would sometimes get hurt. But [author Wilcomb E. ]Washburn speaks for his peers when he forbids the term "massacre" to describe such incidents; such invidious expressions, he says, were designed to put the Indian into bad repute "and to provide good reason why he should be treated the way he was treated by that society." It is just as unfair, he adds, as accusing the Indian of cannibalism merely because he ate people.

So James C. Olson pours out his heart's blood for the Sioux in nearly 400 pages of Red Cloud and the Sioux Problem without ever finding it pertinent to mention the Minnesota Massacre, in which at least 800 whites were killed and 10,000 square miles of Minnesota cleared of settlers. About the only consistent use of the word "massacre" in these books appends to the Sand Creek and Wounded Knee massacres….

In The Long Death [Ralph K.] Andrlst mentions the Minnesota Massacre, but his interest is in the Indians who were captured, tried and executed for the murders— 39 Indians went to the gallows. Andrist (who is also the author of Heroes of Polar Exploration) chooses as the most regrettable part of the episode the second hanging of Rattling Runner, on whom the rope broke—"but the traditional ritual of legal life-taking had to be gone through in its entirety . . . his body was hoisted again, to dangle yet a while for the edification of the spectators." Rattling Runner's hangman, who so edified the crowd, had three children lying dead out on the plains, and his wife and two other children still in the tender hands of the uncaught Indians. Still, as the dust jacket judges. "Mr. Andrist writes with such passion that the reader hears the roar of guns and the rumble of hooves, the whistle of whips, the creak of wagon wheels, and always, and everywhere, the screams of dying and dispossessed . . . the most fitting tribute ever written to the noblest victims Destiny ever had." The jacket is talking about the Indians.

See more about the massacre here. Of course this couldn't be published in NR today (Rich Lowry wouldn't even want to) and of course no one has heard of the Minnesota Massacre these days.

The people who do study it prefer to call it the "US-Dakota War of 1862" and to suggest that the hangings were  wrong because it was "the aftermath of a war fought with a sovereign nation and that the men who surrendered were entitled to treatment in accordance with that status."