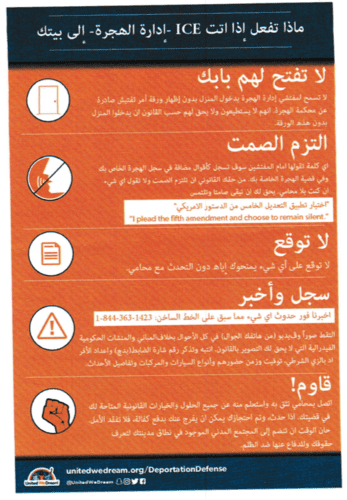 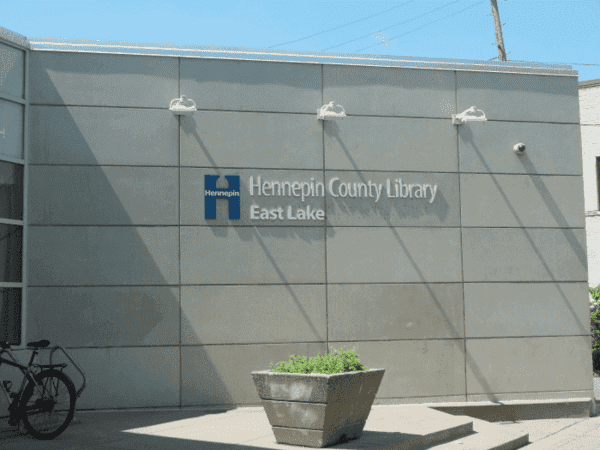 Hubert Collins has written quite a few blogs recently about the moral righteousness of Immigration and Customs Enforcement (ICE). But he, and VDARE.com readers, should know that ICE has enemies beyond Leftist Twitter personalities. In the ghetto, local governments team up with NGOs to make ICE’s job as hard as possible.

In my ghetto in Minneapolis, known as “East Lake,” the local library has all the information an illegal immigrant might need to escape detection right in the lobby. 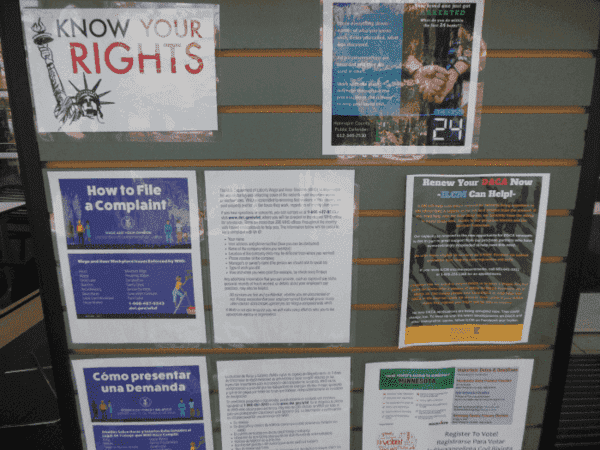 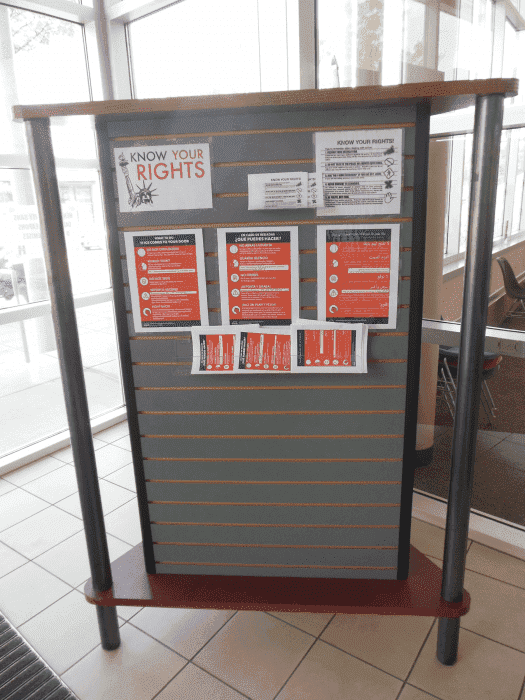 Here are those flyers up close, in Somali, Spanish, and English: 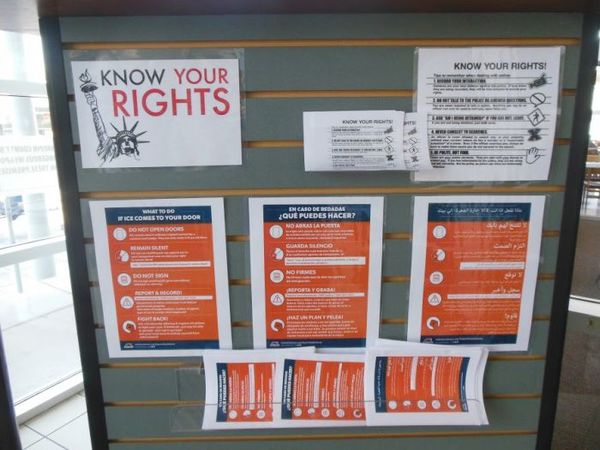 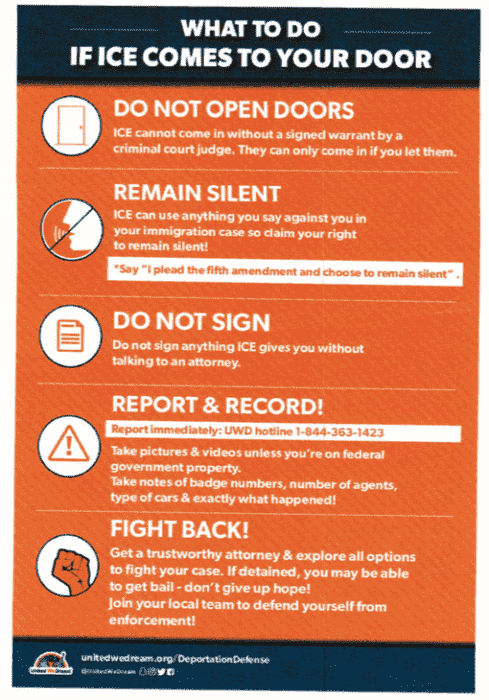 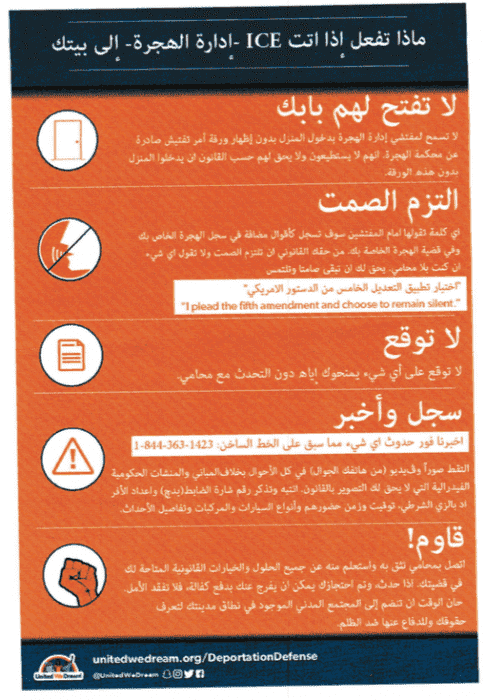 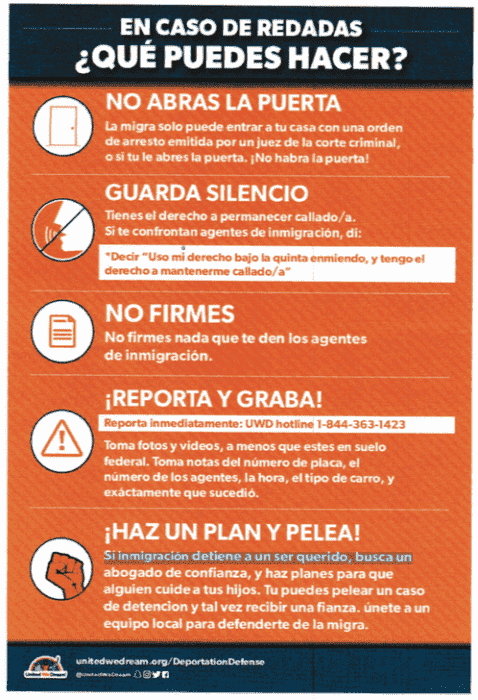 Coincidentally, this library also has armed security at all times. Here's a Yelp review:

Every time I come to this library I see junkies using the public restroom as a shooting gallery. Maybe that's why this library has actual security personnel. We used to bring our kids here because it is the closest library open on Sunday. After last time, having to explain what a junkie is to a four year old, we'll skip the hepatitis and go somewhere else. Maybe this library location will be better in warmer weather when IV drug users can pass out in a park instead of the restroom.

Another reminder that the ghetto is not our country, but some other country, one we wouldn’t even care to visit.