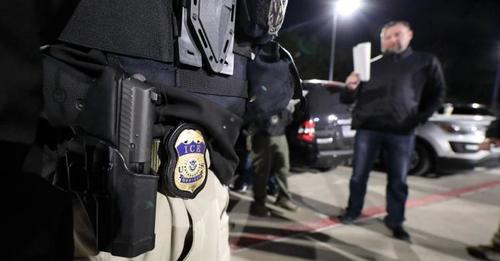 "They're Not Sending Their Best." ICE Arrests Rapists, Serial Drunk Drivers, and Drug Dealers Across The Midwest

Immigration and Custom Enforcement (ICE) recently arrested 78 criminal aliens in the Midwest, in what they call an “enforcement surge.” The country of origin for the arrestees were:

62 had prior criminal convictions, which ICE lists in full:

A few of the more disgusting arrestees included:

Noteworthy as well is that 31 of them had already been deported at least once.

All of this information is available to the public by way of ICE’s press release about it. Since it’s a government press release, any media outlet can reproduce it for free without risk of copyright violation. The only issue is interest. It seems that most of the media doesn’t find any of this news to be newsworthy. Much like the rape victims in Rotherham, the victims of all these criminals do not fit into any Main Stream Media narrative, so are overlooked. As James Kirkpatrick has said, “Even in an age that prizes “equality” above all other taboos, some victims are more equal than others.” [Strong Tribe vs. Weak Nation: Rotherham Rape Scandal Shows the True Face of Political Correctness, VDARE, February 9, 2015]