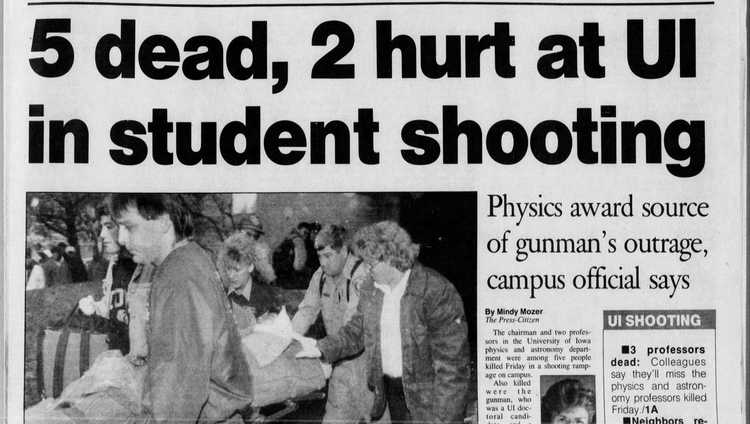 I thought, when I came across an LA Times archive story about a mass shooting in Iowa, that it was a case of Immigrant Mass Murder that had not been recorded here. But it turns out it's on our list, and I noted it in a 2007 blog post.

Part of the confusion was that author Jim Mann, something of an Old China Hand, wrote out the name in reverse order, which is how the Chinese do it.

The story is really notable for the title, which insists on referring to the "American Dream," as applied to Chinese mass murderer, in America on a non-immigrant student visa.

The Physics of Revenge: When Dr. Lu Gang’s American Dream Died, Six People Died With It
By Jim Mann, June 7, 1992

A lot of mass murders have brought out this kneejerk reaction, and so, even more disgustingly, did the Ariel Castro Sex Slave in the Basement case.

WaPost went on and on about this American Dream stuff, as if the two brothers had graduated Harvard rather than committing Muslim terrorism.

America, the golden door, had already welcomed two of his brothers when Anzor Tsarnaev crossed the ocean with his family in 2002. Anzor’s brother Ruslan, who had immigrated just a few years earlier, already had a law degree and was on his way to an executive job and a six-figure salary. And at first, Anzor, his wife, Zubeidat, and their two sons, Tamerlan and Dzhokhar, seemed as energetic and brimming with initiative as their relatives had been.

Just so you know, when a Chechen is "energetic and brimming with initiative," it frequently means he's going to kill someone.

That was why Americans elected him.