Illegal aliens now are quite open about their defiance and contempt for American immigration law. Their flagrant attitude is only encouraged by Sanctuary Cities and politicians who pander to them. Sadly, there is still no fear in their hearts of the Trump Administration, something that is essential for all law enforcement, but particularly for immigration law enforcement.

A private prison company wants to operate an immigration detention center in McFarland, Calif., a town that is home to thousands of undocumented farm workers.

As an undocumented immigrant, Maribel Ramirez does not officially have a say in the affairs of the small agricultural town in California’s Central Valley that she has called home for 20 years.

But late into the night on Tuesday, she stood with hundreds of field workers and other residents outside McFarland’s City Council chambers, a bullhorn in her hand. “No ICE! No GEO! We’re farmworkers, not delinquents,” they chanted in Spanish, led by Ms. Ramirez, 42.

At issue was a multi-billion-dollar corporation’s proposal to convert two state prisons slated for closure into detention centers for undocumented immigrants, operated under contract with Immigration and Customs Enforcement — a plan that city leaders said could provide this impoverished town with a financial lifeline.

A new law in California outlawing private prisons will cost the city $1.5 million a year in taxes and other fees paid by the prison corporation, the GEO Group, unless the company can convert the two facilities it has operated there into immigration detention centers.

Here we have it. A town in California has a population that is half illegal. An illegal alien decides that the Federal government, the enforcement arm of immigration enforcement, may not have a detention center in her town, and she is not afraid to have her photo on the front page of a newspaper.

A town of immigrant farm workers says no to an ICE detention center https://t.co/mIfkmdTPq9 Since Maribel Ramirez is an ILLEGAL ALIEN why does the NYT give her and her ilk any say in the matter. They're here illegally! Get it NYT?

Maribel Ramirez does not fear ICE SVU, she does not fear arrest. Why is that? For almost three years saboteurs at ICE SVU have refused to do public enforcement, instead continuing the Obama Regime Administrative Amnesty, only arresting criminal aliens.

McFarland is under the jurisdiction of the ICE SVU office in San Francisco, and the Special Agent-in-Charge is familiar to readers. Tatum King is known for his National Football League centered law enforcement strategy. King is not interested in arresting illegal aliens like Maribel Ramirez, or in raiding towns where illegal aliens are half the population and openly attack ICE in public, interfering with obtaining important ICE facilities for enforcement. But he is very big on sex crimes and drugs. But he has little interest in work-site enforcement, immigration fraud, or protecting the ICE mission. 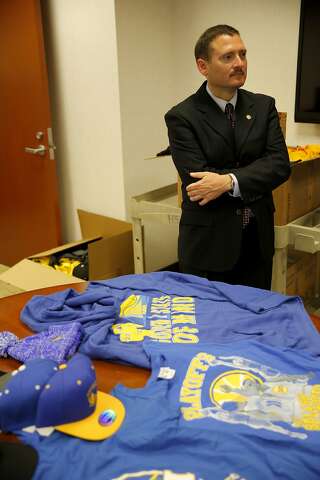 Tatum King, Not Doing Anything About Maribel Ramirez

Let King know that you want Maribel Ramirez and her husband, Eusebio Gomez, arrested. Let him know that you want raids, checkpoints, and sweeps in McFarland to show that illegal aliens cannot interfere with ICE logistics, nor can they flagrantly disobey U.S. immigration laws.

Fear is the mind killer — time for illegal aliens to fear immigration enforcement.