If Trump Wins ... It Could Be "Immigration-Enforcement, Ho!"

Suppose Americans elect Donald Trump president and further suppose that he confronts a completely uncooperative Congress: What could he do to meaningfully tackle America's metastasizing immigration disaster? 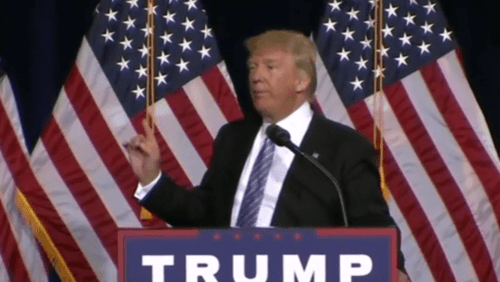 Trump himself laid out the basic idea quite clearly in his August 31 immigration-policy speech:

In a Trump administration all immigration laws will be enforced. As with any law enforcement activity, we will set priorities. But unlike this administration, no one will be immune or exempt from enforcement. And ICE and Border Patrol officers will be allowed to do their jobs the way their jobs are supposed to be done.

That statement of overarching principle is really all that's needed in a campaign speech.  VDARE.com writers—and readers—would be able to flesh out the principle with familiar ideas such as "encouraging" full cooperation by state and local law-enforcement agencies (e.g. by administratively de-funding uncooperative jurisdictions), building and operating the long-mandated (biometric) entry-exit system, building the southwest border barrier, and enforcing laws against recent (legal) immigrants accessing public benefits.

(To be sure, there are also some very important policy changes—e.g. making E-Verify universally mandatory, ending the visa ("diversity") lottery, shutting down the H-1B program—that require legislation.  But serious, systematic enforcement of existing immigration laws would make an enormous difference all by itself, not least in the arenas of expectations and psychology.)

But for real depth on the matter, we turn to the crew at the Center for Immigration Studies [CIS].  Sure enough, in April, they issued A Pen and a Phone: 79 immigration actions the next president can take [PDF], an 11-page document packed with the kinds of ideas that only experts who have been steeped in the subject for decades can put together.

The paper is organized with major-topic headings such as "Asylees and Refugees," "Illegal Immigration," and "Lawful Permanent Immigration," then further broken into sub-topics such as "Terrorism and National Security," "Foreign Students," and "Worksite Compliance."

Peter Brimelow mentioned the CIS paper during his speech at the American Renaissance conference in May, without quoting any examples from it.   But it's obviously still timely, so here, as examples, are five specific administrative-policy ideas from the paper along with some commentary I've added on each:

28. Deny asylum to any alien who could have sought asylum in countries through which he has traveled en route to the United States. Interpret “could have sought asylum” to mean any country that is signatory to the international agreements on non-refoulement (non-return) which, significantly, includes Mexico.

An excellent illustration of the kind of abuse that recommendation #28 would prevent was provided in an April 17, 1998 Los Angeles Times article (Tortured Iraqi Kurd Given U.S. Sanctuary, by Mark Fritz) about someone who was a legitimate refugee—a novelty!—but who transited Iran and Brazil, waiting to apply for asylum until he reached the land of milk and honey.

50. Direct DOJ and DHS to examine the feasibility of criminally prosecuting egregious instances of providing official sanctuary under the federal statute prohibiting “harboring and shielding from detection” illegal aliens (8 U.S.C. Section 1324). In addition, DOJ and DHS should cooperate in examining the feasibility of legal actions or injunctive relief against sanctuary jurisdictions. There are bound to be many ripe targets for such enforcement among the 300-odd sanctuary cities, counties, and states shown on the national map created by Bryan Griffiths and Jessica Vaughan of CIS.  (Extensive as it is, the map isn't complete: I happen to know that Montana's Helena and Butte both have sanctuary resolutions on their books, although the legal force of such resolutions isn't clear to me.)

54. Direct that when Matricula Consular (MC) identification cards are found in the possession of deportable aliens, they will be deemed adequate to repatriate them, and that the U.S. government will seek no additional travel documents (e.g. passports or laissez passer) from the issuing governments prior to removal. This will not only prevent them from deliberately impeding removal by slowing down issuance of travel documents needed for repatriation, but also make them carefully consider issuing the MCs to begin with; they are fertile sources of abuse and serve as “breeder documents” for illegal aliens to obtain U.S. driver’s licenses, social benefits, etc.

That's a great idea, coming up with a legitimate and helpful use for the infamous "matriculas."  They haven't been a hot topic for a number of years, so if you need an introduction or refresher on the subject, check out Marti Dinerstein's 2003 classic IDs for Illegals: The ‘Matricula Consular’ Advances Mexico’s Immigration Agenda [PDF].  There's also Hal Netkin's bitterly funny take on matriculas.

68. Reinstitute the interior repatriation program for Mexican deportees: Send all but Mexican border state residents to Mexico City and give them bus passes from there to their home villages in order to curb the revolving turnstile of deportees immediately returning to cross the border.

Hey!  Why not haul every last one to Mexico City??  Presumably, that threat would make a much bigger and more expensive impression on aspiring illegal aliens living in Mexican border states than does the prospect of simply being shoved back across the border, instantly able to try again.  Further, let them—all of them—pay for their own bus tickets.  They self-funded their trespasses in the U.S., so let them pay their own freight home.  Or hitchhike. 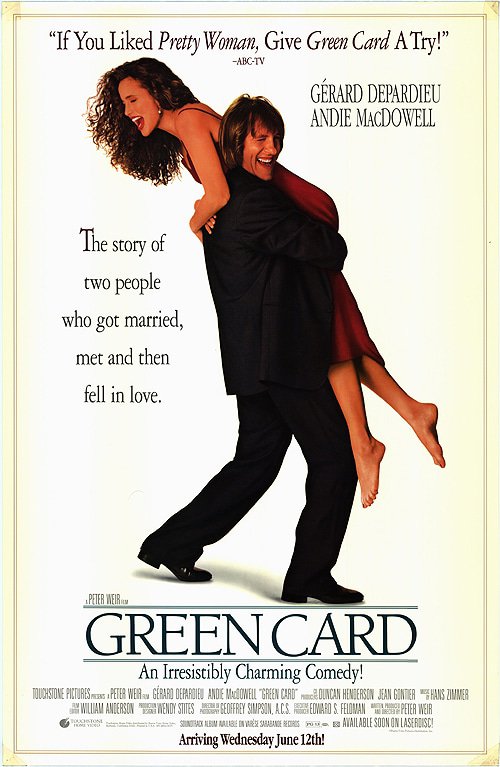 79. Take active steps to reduce immigration/marriage fraud by reinstituting routine use of parallel, separate, and simultaneous interviews of aliens and spouses before granting spousal or fiancé petitions, as this time-tested procedure often reveals bogus marriages. Citizens and permanent resident aliens applying for benefits on behalf of their spouses or fiancés should also be required to view an Internet-based software webinar of at least an hour’s length devoted to the dangers of one-sided marriage fraud in which previously defrauded citizens and resident aliens describe what happened to them as the result of being gulled by aliens intent on obtaining green cards. The presentation should also explain the criminal and civil penalties for knowingly participating in marriage frauds in which both the petitioner and beneficiary are conspirators.

Marriage fraud was the central plot device in the 1990 film Green Card, starring Andie MacDowell and Gerard Depardieu.  And Joe Guzzardi has written extensively  at VDARE.com about the kind of marriage fraud that CIS referred to above as "one-sided" but that might better be termed "heartbreak."