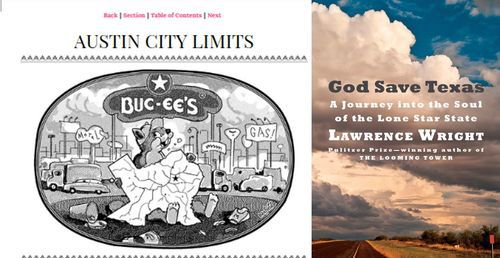 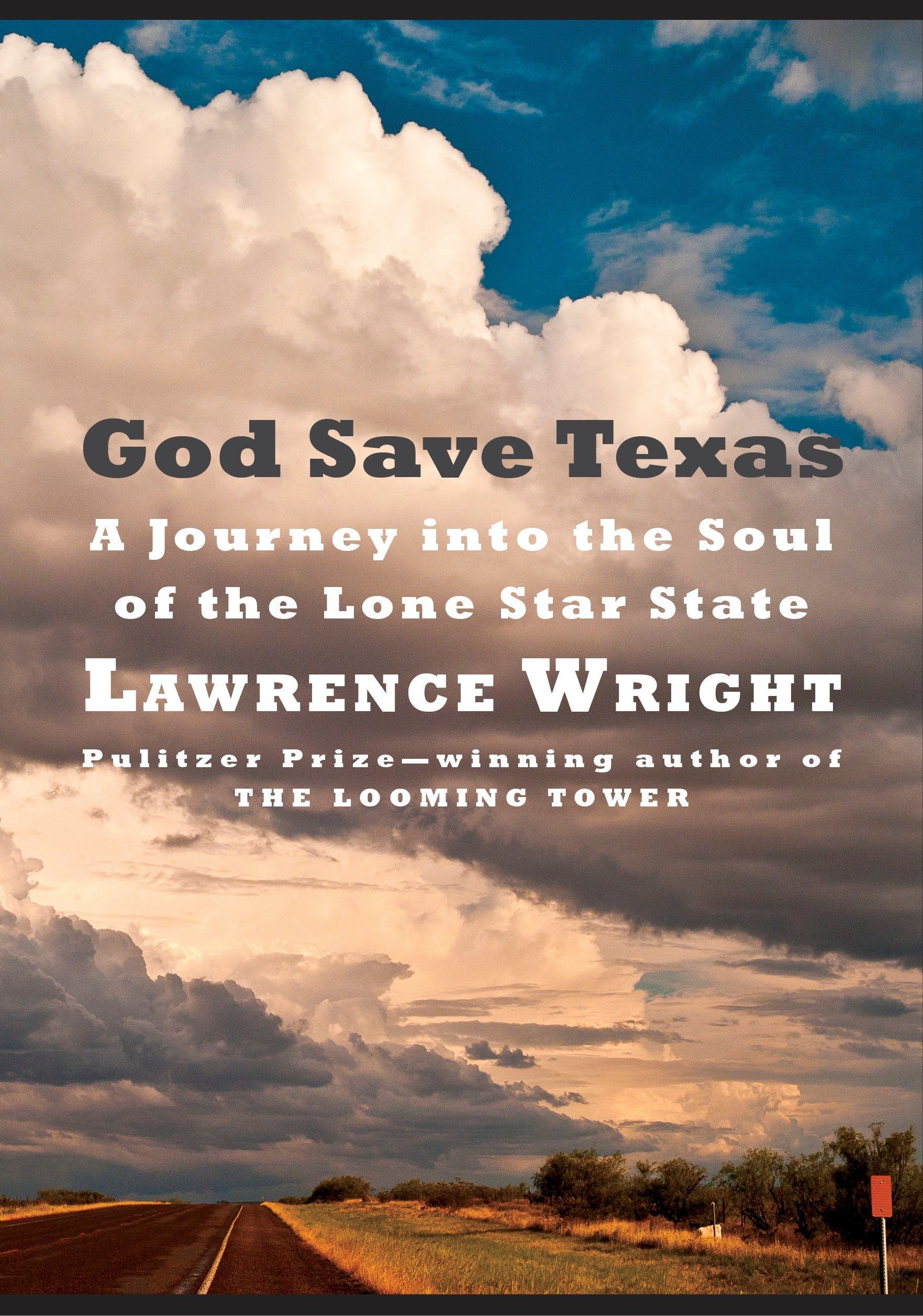 I've repeated, a couple of times, a joke told in the old days by British infantry officers about cavalry officers, whom they considered aristocratic but dim. (It was also told by Naval officers about Marine officers, by Englishmen in general about Irishmen, and by Irishmen about Kerrymen.)

Well, a review of Lawrence Wright's God Save Texas: A Journey into the Soul of the Lone Star State, declares it to be "overflowing slop-bucket of ignorance, laziness, and snobbery in the shape of a book." How bad is it? Must be pretty bad, if Kevin Williamson (author of the review) has started to notice.

Wright doesn’t live in Texas—he lives in Austin, the world capital of extended adolescence. Wright’s ruminations on Texas are those belonging to a familiar kind of permanent teenage holden-caulfieldism associated with that city. Wright is a son of privilege who attended all-white schools in suburban Dallas—his wealthy father was a socially prominent bank executive who was waiting to lunch with John Kennedy when the president was assassinated by a Marxist in Dallas in 1963. Wright’s the worst kind of angry lefty: he cannot forgive American capitalism for giving him a life of opportunity and ease. Hence his sophomoric ranting about “corporate fascism” and his weakness for phony “authenticity.” He argues that Dallas’s post-assassination humiliation not only was good for the city but that it in effect saved the city’s soul. A similar campaign of humiliation is what he seems to have in mind for Texas.

The reason this is funny is that Kevin Williamson is the guy famous for writing, in National Review during the 2016 campaighn,  that dying white communities full of Trump voters deserved to die:

The truth about these dysfunctional, downscale communities is that they deserve to die. Economically, they are negative assets … The white American underclass is in thrall to a vicious, selfish culture whose main products are misery and used heroin needles. Donald Trump’s speeches make them feel good. So does OxyContin. What they need isn’t analgesics, literal or political. They need real opportunity, which means that they need real change, which means that they need U-Haul. [The Father-Führer, By Kevin D. Williamson, NR, March 28, 2016]

Now, that's what I call a campaign of humiliation!

For more, see James Kirkpatrick's “The Little Cucks”—NATIONAL REVIEW, Kevin D. Williamson And The Pointless Persuasion, A Reader Explains Why Kevin Williamson Dismisses The White Working Class—He's Paid $212,000 Per Annum To Do So, A Virginia Paleoconservative Says NATIONAL REVIEW's Kevin Williamson Is Bashing Whites The Way Tim Wise Does, and Do #WhiteTrashLivesMatter To Donorist-Capitalist-Neocon Party Bad Boy Kevin Williamson? by John Derbyshire.