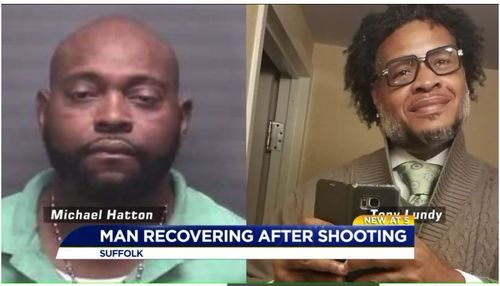 SUFFOLK, Va (WTKR) — An argument over Aretha Franklin led to a shooting, witnesses told police in one Virginia town Thursday.

Suffolk Police responded to a report of a gunshot victim Thursday morning around 10:45 a.m. in the 300 block of East Washington Street.

CBS affiliate WTKR reports a witness said he heard the two people in the argument were fighting over whether or not Halle Berry played Aretha Franklin in a movie.

Police said the fight turned physical and then one of the subjects produced a firearm, shooting the other man at least once.

Reminds me of the incident shortly after James Brown’s death when two men in Alabama got into an argument over how tall James Brown was.

Not a lot taller than Sammy Davis Jr., evidently.

It ended in one guy being shot twice in the abdomen. He then went to his car, retrieved his gun, and shot at, but missed, his assailant.

Nobody died, except for James Brown, of course, who was already dead.

And let that be a lesson to us all.
[Comment at Unz.com]