This billboard greeted me on a drive yesterday.  The intent gaze of Garth Brooks in a black hat and against a black background reminded me of Big Brother, even in a competitive field of Orwell comparisons. 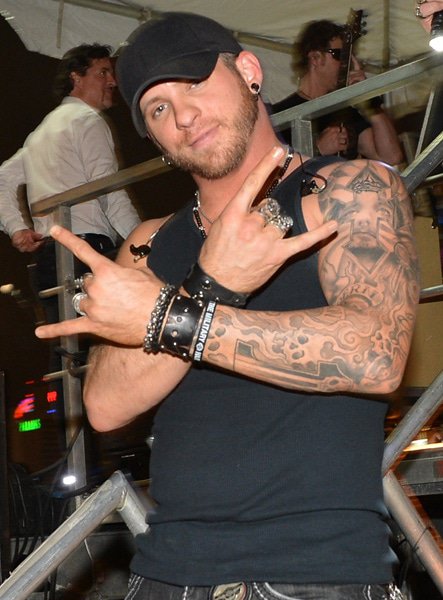 The use of Brooks is meant to appeal to whites, of course.  His stare is meant to penetrate the racist heart of the white country music fan who might be stuck in traffic and was headed to a lynching, but will now be headed to the Martin Luther King, Jr. center to volunteer.

One may wonder how much a country star benefits from the oneness of mankind, as opposed to a pretty specific group of American whites.

Cultural Forces are laboring to mix country music and multiracialism—a trend I noted a few years back when I wrote about the Atrocious Thuggification of country music, as represented, for example, by “country music” star Brantley Gilbert (right).