The death by a thousand cuts continues to shrink the employment universe even in the rather obscure maritime sector, where few people seek jobs at sea any more. A recent report noted that Japanese firms are planning an automation remodel for ocean-going cargo ships, just like the self-driving cars nobody asked for. Japanese shipbuilders intend to construct remote-controlled ships for the near-future with fully automated on the to-do list for later.

As usual, the job-slashers claim automation will “reduce accidents” — when the clear motive is to cut costs by replacing humans with machines. It must be said that ships are still lost at sea at great cost in lives and property. Using appropriate technology to lessen the inherent danger is positive, unlike the wholesale dumping of humans.

The Guardian reported on the Japanese consortium:

Commercial drones and self-driving cars will soon be joined by fleets of autonomous cargo ships that navigate the world’s oceans using artificial intelligence.

Several shipbuilders and shipping firms in Japan have joined forces to develop remote-controlled cargo vessels that could be launched by 2025, according to the country’s Nikkei business newspaper…

Below, some representations of the future automated container ship look similar to human-run versions, at least on the outside. 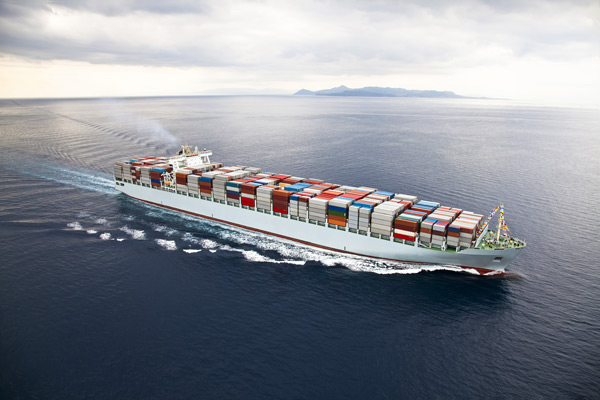 In addition, the ports are becoming more automated, so robot ships will fit into a friendly existing infrastructure.

Automated straddle-carriers, the modern version of the basic forklift, stack uniformly sized containers of goods after being unloaded by computerized cargo cranes from enormous purpose-built ships for temporary storage at the port and then transfer to trucks and railways for delivery to final destinations. 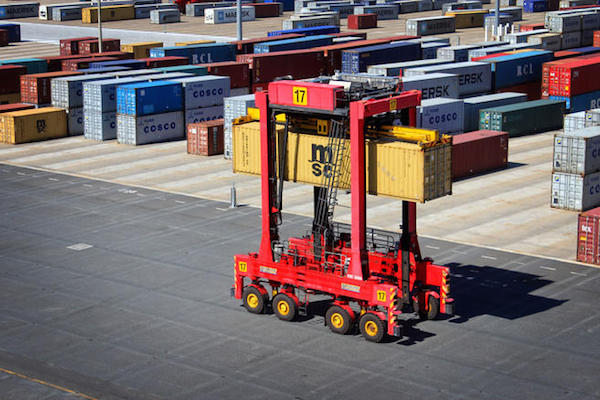 Automation is a world techno-phenomenon, including the ocean shipping sector, and the pain will be felt everywhere. (See my Social Contract article, How Automation Threatens Third World Stability.) Automation is happening now, but will really heat up in the next 5 to 10 years as many more labor-saving machines appear in the workplace.

The big picture of employment is indeed sobering. Oxford researchers forecast in 2013 that nearly half of American jobs were vulnerable to machine or software replacement within 20 years. Rice University computer scientist Moshe Vardi believes that in 30 years humans will become largely obsolete, and world joblessness will reach 50 percent. The Gartner tech advising company believes that one-third of jobs will be done by machines by 2025. Forrester Research Inc. has a more optimistic view, that there will be a net job loss of 7 percent by 2025 from automation. The recent PwC forecast was only slightly less severe than the Oxford numbers.

So America won’t need any more immigrants for non-existent jobs, right? In fact,

The big robot plans for the maritime industry around the world are outlined in the MIT tech publication:

Millions of containers could be hauled by robotic ships within the next decade.

Forget Uber’s autonomous 18-wheelers: if you want a robot to haul a heavy load in the future, it might be worth considering a self-piloting container ship instead.

Plenty of people have been building modest autonomous boats in recent years, but the real payoff is in something much larger. As the Economist has pointed out in the past, fully robotic cargo ships could be faster, safer, and ultimately cheaper to run than their crewed counterparts. And that promise obviously hasn’t escaped the attention of some of the world’s largest users of maritime freight.

The Nikkei Asian Review reports that a consortium of Japan’s shipbuilders and freight companies are working together to build technology that will enable new ships to chart their own courses. The vision: an onboard artificial intelligence that will gather data from sensors and external sources—to ascertain, say, weather conditions and ocean traffic—in order to constantly plot the safest and most efficient route. The consortium is expected to spend hundreds of millions of dollars on the technology, which it hopes will be ready to build into ships as soon as 2025.

Meanwhile, Bloomberg reports that BHP Billiton and Rio Tinto, two of the world’s largest mining companies, are both looking to adopt autonomous ships to transport millions of tons of iron ore, copper, and coal around the globe in the next decade. It’s estimated that a shift to self-piloting ships could save the iron ore market alone as much as $86 billion per year.

A little less ambitiously, the Norwegian chemical company Yara recently announced that it was to begin trials of the world’s first all-electric autonomous container ship along the coast from its Porsgrunn production plant to the ports of Brevik and Larvik in 2018. Initially it will be fully crewed, but the ship has been designed to be controlled remotely by 2019 and then, hopefully, sail itself from 2020.

These projects seek to at least partially turn into reality a vision outlined by Rolls-Royce last year. Long-term, the British engineering firm predicts a future in which cargo ships ply the seas without a single crew member aboard. It reckons that a totally crewless ocean-going cargo ship could be sailing by 2035. But, just like the first wave of driverless cars, ships will gain features, such as autonomous navigation, incrementally. And for the shipping industry, it seems those increments can’t come soon enough.