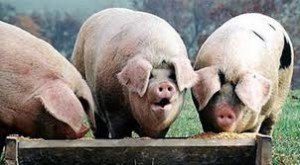 I notice with interest that James Kirkpatrick’s article today The End Is Nigh: Ruling Class (Including Congressional GOP) Now Openly Seceding From Historic American Nation has attracted unusually heavy traffic. So did my Saturday blog Thanks, Harry Reid: GOP Owner Sheldon Adelson Confirmed As Social Leftist

Most likely this is because since, as Kirkpatrick says,

Republican leaders—and Conservatism Inc.—keep trying to push through the Amnesty/Immigration Surge, but public outrage keeps forcing them to retreat… The nominal opposition party is openly discussing how it will betray its own voters to benefit its donors. And the self-styled defenders of America, the Beltway Right, is largely a scam.

concerned citizens are wondering how this objective defiance of political gravity has come about – and are reaching dark conclusions.

They should. I am inspired to reach back into my "Must Blog On" file to draw attention to a remarkable (and from an American perspective, humiliating) article in the authoritative British newspaper the Financial Times Hedge fund titans are testing the quality of US democracy By Edward Luce May 11, 2014 This has the engaging sub head If branches of government bow to big business, public policy will be decided by the highest bidder

Ostensibly this is a discussion of the fight over the wreckage of Fannie Mae and Freddy Mac, the technically private sector outfits which with Federal sponsorship came to dominate the American mortgage business before the 2008 financial crisis. As a practical matter they have been bankrupt since, then but certain hedge funds scooped up large quantities of their almost worthless securities and are now demanding an appropriate share of their assets.

All quite normal in the world of trading bankrupt securities, although the creditor being challenged is not usually the U.S. Government. However what is not normal and what gives this story wider significance is the resort to lobbying

…the hedge funds’ real game is to stop Congress from passing legislation that would wind down the two behemoths…As long as Fannie and Freddie stay alive, there is hope for the speculators.

Last week the hedge funds notched up a big success: the Fannie/Freddie reform bill ground to halt in the US Senate and is now highly unlikely to pass in 2014. The fact that they lobbied Congress heavily is one reason why the bill is stalling. There is nothing to stop them spending more. The return on lobbying in Washington is astronomic. If they win, the speculators will get $33bn in taxpayers’ money. If they lose, their outlay was a drop in the bucket.

…the quality of US democracy is also at stake. If the hedge fund titans can bend two out of three branches of the US government to their will, it will set a toxic precedent. With enough money, you can pull off anything. Public policy can be auctioned off to the highest bidder. (VDARE.com emphasis).

Some argue that it has always been like this. Look at the way US agribusinesses manage to capture the bulk of subsidies intended for small farmers.

…the Fannie and Freddie dispute offers the spectre of a dangerous tightening in the oligarchic grip on US democracy. In the past few years, the share of US income going to the wealthiest 0.1 per cent has skyrocketed. At the same time, the US Supreme Court has scrapped most remaining limits on political spending by companies and wealthy individuals.

No clearer example of this exists of course than the drive for Amnesty/Immigration acceleration where massive spending is pushing the AdelZuck (formerly known as Republican) Party to harm Americans in order to enrich Plutocrats and cater (in, sadly,  many cases) to their ethnic animosities.

It remains to be seen if Edward Luce, “chief US commentator” of the Financial Times, will extend his analysis to the American Amnesty debate.