Bill Cosby told Sirius XM Radio that racism might have been behind the allegations of sexual assault that have all but wrecked his once family-friendly image.

But we've heard it before. Why is it racism? Because, as I reported before, almost all the   accusers are white. 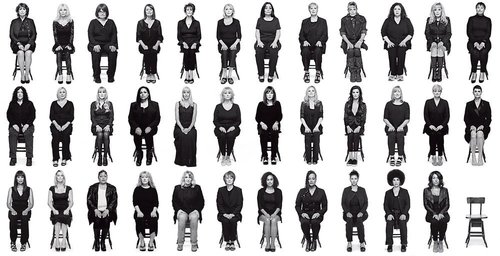 ‘I’m No Longer Afraid’: 35 Women Tell Their Stories About Being Assaulted by Bill Cosby, and the Culture That Wouldn’t Listen, By Noreen Malone and  Amanda Demme, NYMag, July 26, 2015

But again, one must ask what the media would have done with this story if Cosby were white and almost all the victims black. You know that they would have done. They would permit black spokesmen and the victims to say Cosby the white perpetrator was racist, not the black alleged victims. (See Michelle Malkin's reporting on the case of Daniel Holtzclaw.)

Eric Holder would call for a national conversation about race. The New York Times would second the motion.