Affluent Immigrants Culturally-Enriching Modern USA with Their Diverse Customs, Such as Slave-Owning

She lived with us for 56 years. She raised me and my siblings without pay. I was 11, a typical American kid, before I realized who she was.

Alex Tizon passed away in March. He was a Pulitzer Prize–winning journalist and the author of Big Little Man: In Search of My Asian Self. For more about Alex, please see this editor’s note.

The ashes filled a black plastic box about the size of a toaster. It weighed three and a half pounds. I put it in a canvas tote bag and packed it in my suitcase this past July for the transpacific flight to Manila. From there I would travel by car to a rural village. When I arrived, I would hand over all that was left of the woman who had spent 56 years as a slave in my family’s household.

Her name was Eudocia Tomas Pulido. We called her Lola. She was 4 foot 11, with mocha-brown skin and almond eyes that I can still see looking into mine—my first memory. She was 18 years old when my grandfather gave her to my mother as a gift, and when my family moved to the United States, we brought her with us. No other word but slave encompassed the life she lived. Her days began before everyone else woke and ended after we went to bed. She prepared three meals a day, cleaned the house, waited on my parents, and took care of my four siblings and me. My parents never paid her, and they scolded her constantly. She wasn’t kept in leg irons, but she might as well have been. So many nights, on my way to the bathroom, I’d spot her sleeping in a corner, slumped against a mound of laundry, her fingers clutching a garment she was in the middle of folding. …

[My mother] cooperated when my siblings and I set out to change Lola’s TNT status. Ronald Reagan’s landmark immigration bill of 1986 made millions of illegal immigrants eligible for amnesty. It was a long process, but Lola became a citizen in October 1998 …

In other words, the slaveowners spent a decade documenting their slave’s illegal presence in the U.S. to our federal government without their getting in trouble.

Or more like the Confederate Dream: getting the federal government to ratify your slave’s legal right to be in this country to serve you.

I’m fascinated by how the slaveowners went through a long legal process to legalize their poor slave’s presence in this country without much in the way of hassles from our federal government asking any nosy questions. Would the Schumer-Rubio “comprehensive immigration reform” bill have any provisions for finding out who is owning slaves and making them compensate their victims?

How about the idea that an immigrant family brought a *slave* with them and no one noticed for 56 years? There should be a DOJ investigation 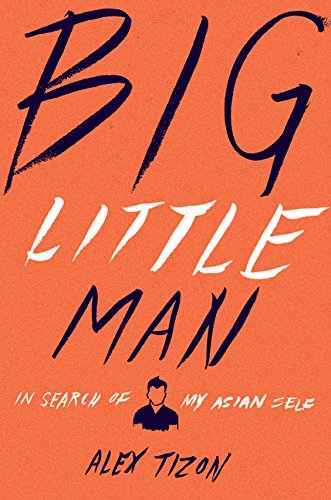 Interestingly, Tizon had previously published his autobiography about how oppressed he had been growing up Asian in America. From his memoir’s Amazon page:

Big Little Man: In Search of My Asian Self

An award-winning writer takes a groundbreaking look at the experience and psyche of the Asian American male.

Alex Tizon landed in an America that saw Asian women as sexy and Asian men as sexless. Immigrating from the Philippines as a young boy, everything he saw and heard taught him to be ashamed of his face, his skin color, his height.

His fierce and funny observations of sex and the Asian American male include his own quest for love during college in the 1980s, a tortured tutorial on stereotypes that still make it hard for Asian men to get the girl. Tizon writes: “I had to educate myself on my own worth. It was a sloppy, piecemeal education, but I had to do it because no one else was going to do it for me.”

And then, a transformation. First, Tizon’s growing understanding that shame is universal: that his own just happened to be about race. Next, seismic cultural changes – from Jerry Yang’s phenomenal success with Yahoo! Inc., to actor Ken Watanabe’s emergence in Hollywood blockbusters, to Jeremy Lin’s meteoric NBA rise.

But, I am told, he hadn’t bothered to mention his family’s slaveowning in his 2014 memoirs. I guess it was a little too complicating a factor for The Narrative: Meanwhile, as white girls were ruining my life by racistly refusing to date me, my family in Oregon was practicing a time-honored Asian custom: slave-owning.