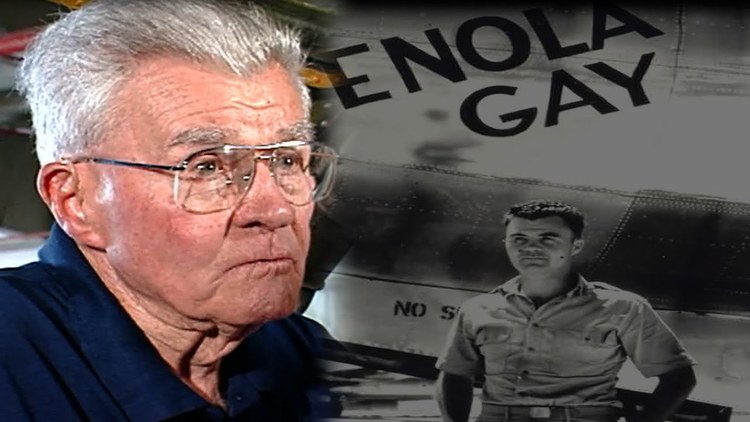 The pilot who dropped the atomic bomb on Hiroshima in 1945 has passed away at aged 92. Throughout his long life Paul Tibbets never doubted using that terrible weapon was the right thing to do, despite the carping of utopian pacifists and what-if revisionist historians.

"I was anxious to do it," he told an interviewer for the Public Broadcasting System television documentary "The Men Who Brought the Dawn," marking the 50th anniversary of the Hiroshima bombing. "I wanted to do everything that I could to subdue Japan. I wanted to kill the bastards. That was the attitude of the United States in those years."

"I have been convinced that we saved more lives than we took," he said, referring to both American and Japanese casualties from an invasion of Japan. "It would have been morally wrong if we'd have had that weapon and not used it and let a million more people die." [Paul W. Tibbets Jr., Pilot of Enola Gay, Dies at 92, New York Times November 1, 2007]

For more about the life and times of General Tibbets, see the Columbus Dispatch slideshow and local television coverage.

In the mid-1990s, the Smithsonian planned an exhibit about the Hiroshima bombing that many Americans felt was too politically correct by overemphasizing the suffering of Japanese, while underestimating the number of US servicemen who would be killed in a land invasion. General Tibbets called the proposed display "a damn big insult." The Smithsonian backed down and presented a simpler exhibit, with little "interpretation."

What's particularly sad is that General Tibbets requested that he have neither a funeral nor a headstone, because he feared that they would be an attraction for anti-war protesters. Instead, his remains will be cremated and his ashes scattered over the English Channel, where he enjoyed flying during WWII.

This detail of Tibbets' passing is a dismal marker about the current state of American patriotism and the success of the left's campaign to rewrite history, particularly when military conflict is involved. Given sufficient multicultural immigration and statist reshaping of behavior, leftists believe, worldwide peace will break out, poverty will end and utopia will reign.

The ideas are completely crazy and run counter to the basics of human nature, but far-left indoctrination is the current core curriculum on many college campuses.

But the upshot today is that an American hero cannot be remembered in a traditional fashion because the multicultural agenda has convinced many in this country that our heritage is an entirely negative one.