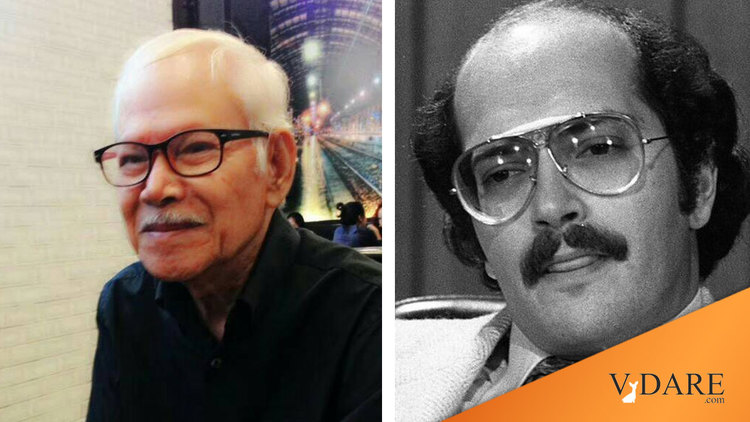 Earlier: Even When Reporting An Anti-Asian Hate Crime, SFGATE Won't Say The Attacker Is Black

Jack Palladino was a sleazy private investigator whose clients included Bill Clinton and Harvey Weinstein. That makes him accessory after the fact to both Clinton's and Weinstein's crimes against women.

It also makes him a Democrat in politics, which would explain the attitude of his family, below.

Palladino’s family said they did not want the attack to be used against [Woke SF DA Chesa ] Boudin, who has come under criticism recently for declining to charge suspects who are later arrested in other crimes.

Palladino voted for Boudin and is a supporter of criminal justice reform, his family said.

“I dislike the pile-on on Chesa Boudin,” Sutherland said. “It seems like a cheap shot, you know.”

However, to Lawrence Thomas and Tyjone Flournoy (who are black), Palladino was just an elderly white man holding a camera, and they grabbed it and dragged him down the street with their car, killing him.

The two men arrested in the death of San Francisco private detective Jack Palladino were driving slowly down a closed street in a “suspicious” vehicle when the storied investigator snapped a photo of their car and was attacked, prosecutors said Tuesday.

Palladino had rushed outside his home in the Haight last Thursday to take a picture of the gold Acura when the car turned around, pulled alongside him and a passenger attempted to wrestle the camera from the detective, according to court records and previous statements from his family.

He was dragged about 40 feet down the road when the Acura accelerated, with the passenger holding onto the camera strap still wrapped around the detective, prosecutors said. Palladino fell backward and struck his head, suffering a fractured skull.

Recent violence against seniors includes the killing of Vicha Ratanapakdee, an elderly Thai immigrant by a black teen, above. In that case, Chesa Boudin issued a statement that said:

"I send my deepest condolences to the Ratanapakdee family for their loss. This was a brutal, random, unprovoked attack....My heart is also with the entire AAPI community for the pain they’re experiencing as a result of this tragedy and too many others over the past year."

But it would never occur to him to apologize to the white community, which has been even more targeted since Memorial Day.