You don’t get this from the Main Stream Media: On VDARE.com, we just posted a blog detailing the appalling rape crisis unleashed on Germany by Chancellor Angela Merkel’s astounding decision to allow over a million Muslim “refugees” to enter last year. I quote: This is coming to an America near you. We need your donations to make sure silence does not prevail.

Just before we posted about the rape crisis, VDARE.com also reported on the Obama Administration's characterization of its goal of 10,000 Syrian refugees this year is “a floor, not a ceiling.” And that the U.S. has accepted some two million Muslim immigrants since 9/11.

VDARE.com has a permanent tag, “Not Reporting Race,” which reflects systematic suppression of the race, immigration status etc.  of criminals by the Main Stream Media and the American government. We’ve been tracking this phenomenon for 15 years.

But we can't do this alone. Your donations make it possible. 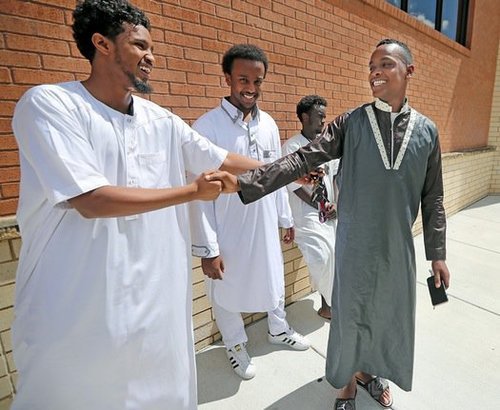 The result, of course: hysteria—one especially appalling MSM account even led with a shameless sob story about a Somali who was about to leave for National Guard training! It’s as if they think an American military uniform holds magical powers to obliterate previously held Somali attitudes and replace them with fully assimilated American ones.

You know, just like it did for Major Nidal Hassan who killed 14 Americans at Fort Hood.

Never mind the fact that the dysfunctionality of Somali refugees in particular has been repeatedly reported—especially by VDARE.com.

VDARE.com really is a charity — and we do not receive any governmental subsidies. We don't have the deep pockets of well-placed political connections. We have only you.

At VDARE.com, we believe with Saint John's Gospel that “The Truth Shall Set You Free.” We will continue to inform this fight to keep America American no matter who wins the Presidency.

We will not be silenced. We have the truth on our side and the tools to spread it.

But we can only continue if YOU HELP US NOW.