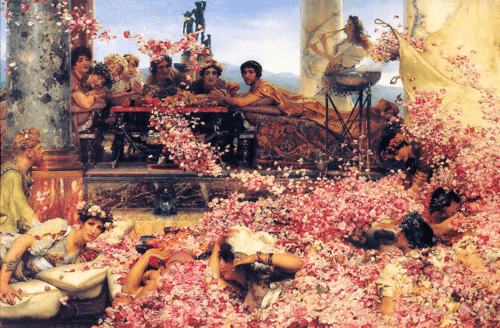 Did the Washington Post Mistranslate Jeb Attacking Trump for "Barbarities?"

Yesterday, a big headline in the Washington Post read:

Jeb Bush slams Donald Trump in Spanish over his ‘barbarities’

But something seems off about that headline. The word “barbarities” seems over-the-top, plus it makes Jeb seem effete, like a decadent Late Roman Empire princeling who can’t hold off the barbarians anymore the way his sterner ancestors could.

And maybe the word “barbarities” is self-defeating from the point of view of Jeb arguing that Trump can’t win: after all California voters twice elected governor another large blond businessman / performer, one who had become world famous playing a barbarian.

I don’t speak Spanish, so I can’t tell you if “barbarities” is an ideal translation, but I do know that there are a lot of similar words in English and Spanish with identical Greek or Latin roots that, over the centuries, developed slightly different connotations.

Commenter 5371 suggests a better translation for Bush’s complaints about Trump’s attacks on him than “barbarities” would be “absurdities.” The Miami Herald comes up with a third translation:

Bush told reporters at La Progresiva Presbyterian School in Little Havana * that he decided to hit Trump “because he attacks me every day with barbaridades” — atrocious insults.

In Spanish, ¡Que barbaridad!, though it literally translates to “how barbaric,” usually means something along the lines of “lame, but what can you do?” For example, being stuck in traffic an extra 15 minutes or getting called for jury duty would be a ¡Que barbaridad! moment.

¡Jeb! was trying to call Trump lame in Spanish, but it looks like a misunderstanding of idioms made him sound like a flaming drama queen to English speakers.

So, it’s too bad for ¡Jeb! that the Washington Post’s weak command of Spanish made him sound like Heliogabalus complaining about uncouth Teutons, but it’s his own damn fault for campaigning for President of the United States in a foreign language.

And the more general point is that translation is hard and far from foolproof. Thus, campaigning in two languages, as ¡Jeb! has repeatedly chosen to do, inevitably reduces comprehension and increases misconceptions on the part of the voters, the media, and the candidates. Campaigning in multiple languages is not only divisive, it makes us more ignorant.

* By the way, while I realize that Jeb has $100 million worth of crack campaign consultants, so who am I to doubt their tactical genius? But was having Jeb launch his new offensive against the populist American Trump at “La Progresiva Presbyterian School in Little Havana” really the smartest possible use of symbolism?