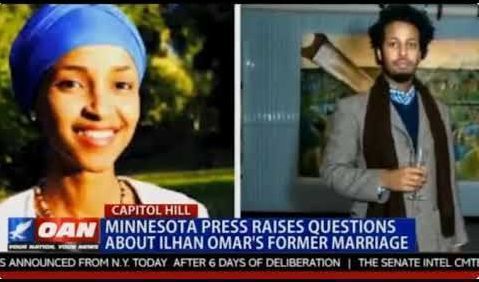 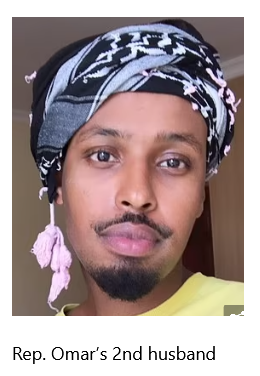 The family of Rep. Ilhan Omar (D-Mogadishu on the Mississippi) plays a big part of her brand. Her grandfather was in charge of the light houses of Somalia and her father was a teacher. Then, suddenly, all sorts of people in Somalia wanted to kill them so they had to become refugees to save themselves from their neighbors’ wrath, which gives her moral dominion to lecture Americans on how to order our affairs.

And to be fair, her family dramas are pretty interesting. For example, her father the “trainer of teachers” turns out to be a colonel in the genocidal army of dictator Siad Barre, which might help explain why other Somalis tried to kill them as soon as Siad Barre fell at the end of the Cold War.

Siad Barre, who had started out as a policeman under the Fascist Italian colonial regime, saw the truth of Marxism-Leninism in the 1960s when Moscow started sending aid to Third World dictatorships. But then in the late 1970s Somalia took its Soviet-supplied tanks and invaded its fellow leftist neighbor Ethiopia with Rep. Omar’s dad playing a role. But Brezhnev said, what do we need this hothead troublemaker for? and sided with much bigger Ethiopia, which duly defeated Somalia’s invasion. In one of the more depressing low points of the Cold War for the U.S., Siad Barre suddenly discovered the glories of capitalism and became an American client, and after that mostly tended to wage genocide against internal rebels like the Isaaq clan.

Rep. Omar, another hot-blooded Somali, has gotten married four times: first to the Somali father of her children, then she got divorced and had a small town minister in rural Minnesota, far from the Somali community, marry her in a Christian ceremony to an extremely effeminate Somali man who is widely rumored to be some sort of brother of Omar. She soon divorced the gay guy and remarried the father of her kids. Then she divorced him and married the white campaign consultant whose marriage she’d broken up.

And then they all lived happily ever after.

Or perhaps not, we’ll see.

The Daily Mail has a good rundown on the background:

Claims that Omar and Elmi, 36, are siblings have been rampant for years. The allegation is that they married so Elmi, a British citizen could go to school in the United States. He followed Omar to North Dakota State University.

Lazzaros’ website says: ‘Rep. Omar was a U.S. Citizen for a decade and her brother/ex-husband Mr. Elmi was a UK Citizen.

‘This is purely a crime of convenience, by an individual with extremely poor ethics now representing hundreds of thousands of Minnesotans in Congress. There was absolutely no threat to these individuals causing them to commit multiple felonies while living in the two wealthiest countries in the world seeking reduced tuition at a public University.

Omar, who was first elected to Congress in 2018, has never fully addressed the question of whether she is related to Elmi. While serving in the Minnesota House of Representatives she did issue a press release in which she called the allegations ‘absurd and offensive.’

In her memoir, This Is What America Looks Like, published last year, she claims she hardly knew him when they married, saying: ‘I had a Britney Spears-style meltdown, I not only eloped with a man — whom I spent so little time with that I wouldn’t even make him a footnote in my story if it weren’t for the fact that this event turned into the main headline later on — but I shaved my head.

‘Yes, like the beleaguered pop star, who shaved her head in 2007, I took clippers to my own head. Too many headaches, too little sleep — I had to flee myself, my relationships, my hair.

‘The difference between Britney and me is that I wore a hijab, so nobody knew what I had done — except my children who were very surprised. ”Mommy looks like me,” Adnan (her young son) declared. And he was right, I did look like a little boy.’

She didn’t even name Elmi in her memoir.

But others have long claimed that she married him so he could go to school in the United States. She had come to America as a refugee fleeing war in her native Somalia, but he had taken up British nationality.

He followed her to North Dakota State University, after their marriage in 2009. A Christian minister performed the ceremony despite the fact that both are Muslim.

Somali blogger Abdihakim Osman Nur told DailyMail.com in February last year that he had known Omar growing up and suddenly her brother arrived in Minneapolis.

At the time Omar was married to Ahmed Hirsi — who she later remarried. They have since divorced and in March 2020 she married Mynett, her chief fundraiser.

‘No one knew there had been a wedding until the media turned up the marriage certificate years later,’ Nur said, about the Elmi-Omar marriage.

‘People began noticing that Ilhan and Southside were often with a very effeminate young guy,’ Osman said, referring to Hirsi by his nickname.

‘He was very feminine in the way he dressed — he would wear light lipstick and pink clothes and very, very, short shorts in the summer. People started whispering about him, added Nur, who spoke in Somali through an interpreter.

‘Southside and Ilhan both told me it was Ilhan’s brother and he had been living in London but he was mixing with what were seen as bad influences that the family did not like,’ added Nur.

‘So they sent him to Minneapolis as ”rehab”.’

Nur said that Omar kept her marriage to Elmi quiet, with no one from the Somali community invited to the wedding that was held at a county office in Eden Prairie, Minnesota.

He explained: ‘When Southside and Ilhan got married, a lot of people were invited. It was a big Islamic wedding uniting two large clans in the Minneapolis community.

But he said: ‘When she married Elmi, no one even knew about it.’

Nur said he believed Elmi and Omar sought out someone outside the Somali community to conduct the ceremony because an imam would have known they were related and would have refused to marry them.

The marriage was conducted by Christian minister Wilecia Harris. When DailyMail.com approached her in 2019 she would not discuss the ceremony or why a Muslim couple would have asked her to marry them.

In a Facebook message, Harris’s husband Marcus told DailyMail.com: ‘My wife doesn’t want to be involved or interviewed about Congresswoman Omar.’

‘It’s not going to happen, not now and not never.’

So now some organization is claiming to have obtained DNA off a cigarette and a straw from the two ex-spouses that proves they are siblings. (How you would prove chain of custody sounds daunting.) A conservative operative who posted the DNA results was then immediately arrested on charges of sex trafficking minors.

So, lots more entertainment is likely in store, although it will no doubt mostly be covered by British tabloids rather than by the US prestige press.