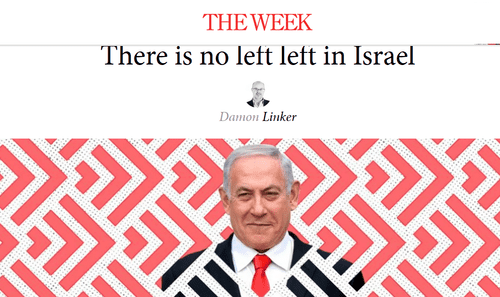 Israel is unapologetically a nation-state for a particular people. It has robust immigration law enforcement and a high birthrate among Jews. Israel's leaders also seem to be consciously managing demographic issues, working to make sure that Rabbi Kahane's fear of a non-Jewish majority will never be realized. Indeed, as a piece in Tablet recently observed of the late far-right Jewish leader, "Kahane won" [Kahane Won, by Shaul Magid, March 15, 2019] His ideas are now practically mainstream in Israeli politics.

In the most recent election, Prime Minister Benjamin Netanyahu won yet another victory and looks set for a fifth term at the helm of the Jewish state ['King Bibi': perennial survivor Netanyahu comes out ahead, by Joe Dyke, AP, April 10, 2019]. There were two keys to "Bibi's" victory. First, he managed to win the backing of all the smaller right wing parties. Second, he's received unbelievable support from President Donald Trump.

The right-wing bloc is predicted to have around 65 seats, compared with 55 for the centre and left, similar to the make up of the outgoing parliament.

Even before the election, all the smaller right-wing parties had pledged to back Netanyahu for prime minister, meaning his victory was always likely, Zalzberg said.

"He demonstrated again his mastery of alliance-building among the different political tribes of Israel -- he is unmatched in this."

Dore Gold, a former advisor to Netanyahu, said the secret of his success is that he "understands the DNA of the Israeli voter."

With US President Donald Trump's administration providing unprecedented support, as well as diplomatic breakthroughs in Africa and improving relations with Gulf Arab states, Gold said Netanyahu had improved Israel's standing in the world without having to give away much in exchange.

Yet the foundation of all of this is demographics. According to former diplomat and former Obama Administration official Amos Hochstein:

“The real issue here is that the country’s identity has been shifting for 20 years further to become demographically more right wing and more religious. And that trend is likely to continue and go further to the right, because demographically, that’s what’s growing.”

[Israel's election is a decisive win for the right wing-and the two-state solution looks dead, by Natasha Turak, CNBC, April 10, 2019]

Meanwhile, the Israeli Labour party, mirroring the fate of center-left parties around the world, seems to have completely collapsed. It's basically been wiped off the map.

[T]here is functionally no left left in Israel. It has become a country with a center, a right, and a far right, but no electorally viable left to speak of.

Center-left social democratic parties have been in sharp decline in recent years across the Western world. But nowhere has the collapse been more stunning than in Israel, whose founders and ruling class for the first 30 years of the country's existence were very deeply linked with the labor movement. Labor has been in retreat ever since the collapse of peace negotiations with the Palestinians in 2000. But its showing on Tuesday was truly astonishing: With 5 percent of the vote, the Israeli Labor Party is now less than two percentage points away from failing to clear the minimum threshold (3.25 percent) for winning seats in the Knesset. The party is approaching the possibility of extinction.

And it's not as if another left-wing party has benefited from Labor's eclipse. With 94 percent of the votes counted, Meretz, a social-democratic and green party, had pulled in a barely viable 3.3 percent of the vote. The Arab parties, meanwhile, suffered from record low turnout (the largest came in at 5 percent), and they are forbidden from joining governing coalitions regardless.