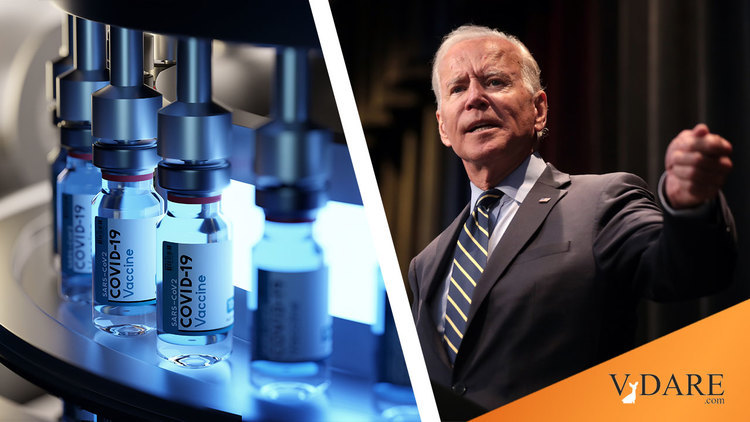 Delta Wave Petering Out Just As Biden Cracks Down

During the July 4th weekend, Joe Biden announced the good news that America is reopening, exactly at the moment the delta variant exploded from Missouri to much of the south.

Three-day weekends can confuse analysis of trends, so the Delta surge wasn’t undeniable until a few days after Biden’s speech,

Conversely, by Friday September 10, it appears that the Delta Surge is fading nationally as southern states that were hit hard are running out of fresh meat and outside temperatures are dropping into the tolerable range.

For example, Greene County, Missouri, home of county seat Springfield, was one of the first places to be slammed by the delta virus.

For example, from the New Yorker:

The Struggle to Vaccinate Springfield, Missouri
COVID cases continue to rise, but many residents remain reluctant to get the vaccine.
By Peter Slevin

but new cases in Springfield/Greene County have declined dramatically in recent weeks.

It appears to be that once new case counts per day get about 0.1% per day (3.0% per week, 36% per years), locals hunker down and do what it takes to keep from getting much worse, even getting themselves vaccinated. Moreover, herd immunity begins to tighten as large numbers have antibodies either from vaccinations or from natural infections.