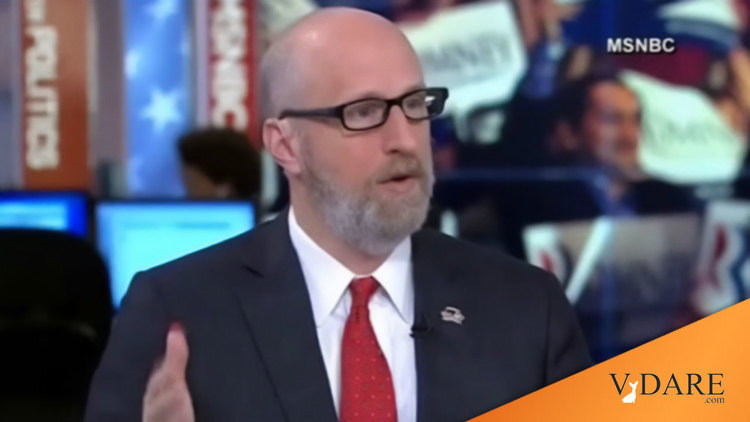 David French: NFL Is “Racist" Because Blacks Are Underrepresented At The Top. Data: Blacks Hold 17 Percent Of Top Positions

David French has been on something of an “anti-racist” tear for a while, and for those who don’t know, he finds warrant in Holy Scripture to declare that “systemic racism” is a real and serious problem whites are obliged to repair. So his latest implicitly anti-white fulmination, that professional football is “racist” because whites are still running the league they created, is nothing if not predictable [The NFL Has a ‘Good Ol’ Boy’ Problem, Atlantic, February 3, 2022].

“Systems and structures designed by racists for racist reasons are often maintained by nonracists for nonracist reasons,” he wrote in discussing the 58-page class-action lawsuit that Miami Dolphins coach Brian Flores has filed against the league and myriad teams.

Here's a disturbing reality: Systems and structures designed by racists for racist reasons are often maintained by nonracists for nonracist reasons. This applies to legal rules and to cultural norms. Want an example? Consider the good ol' boys of the NFL: https://t.co/AkJFyJb5SC

The shakedown complaint says the racist league does not employ “enough” black coaches and general managers. Ever the virtue-signaller, French agrees:

In fact, the lawsuit’s own data refute its premise.

Of the NFL’s 1,696 players, almost 1,200 are black. If the league mirrored American demographics—blacks are about 12.4 percent of the population—fewer than 215 players would be black. As well, almost 20 percent of the general managers are black, as French admits.

Ignoring the lawsuit’s anecdotal claims and focusing on other figures shows that blacks, relative to their share of the population, are overrepresented in most coaching and management jobs:

In other words, the only datum out of line is the first. Overall, blacks hold 17 percent of the positions listed.

Now let’s look at some data with which French is surely familiar. Since 2000, cops have arrested NFL players—again 70 percent of whom are black—more than 1000 times. That’s one arrest a week every week for 20 years. This year already, cops have arrested seven black NFL stars [NFL player arrests database: Records since 2000, USA Today.

The most shocking crime of late: in November, a drunken Las Vegas Raiders star, Henry Ruggs, wound his Corvette up to almost 160 mph and slammed into a woman motorist, police allege. She and her dog burned to death [Coroner: Woman killed in ex-Raider crash burned to death, by Ken Ritter, Associated Press, December 14, 2021].

Black felons have wrecked the reputation of the NFL. So they are overrepresented on that measure of success, too.

He can start with a meditation on black criminals in the NFL.