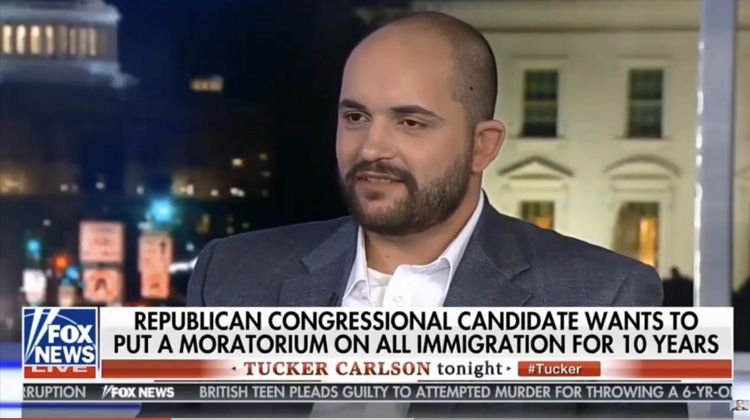 I'm happy to say that, in last Tuesday's livestream kicking off our year-end fundraising drive (donate here!), I commented that I had some success in 2015 by predicting "all it would take to get this issue [immigration] into politics is one speech" (actually, it was just one sound bite) and that I thought the concept of an immigration moratorium was similarly about to erupt into public consciousness. Right on cue, on Friday night, December 6, Fox TV's Tucker Carlson ran an interview with Peter d"Abrosca, Editor of The Rundown, who is primarying cheap labor lobby handmaiden GOP Rep. David Rouzer in North Carolina's 7th district specifically on  the issue of an immigration moratorium. 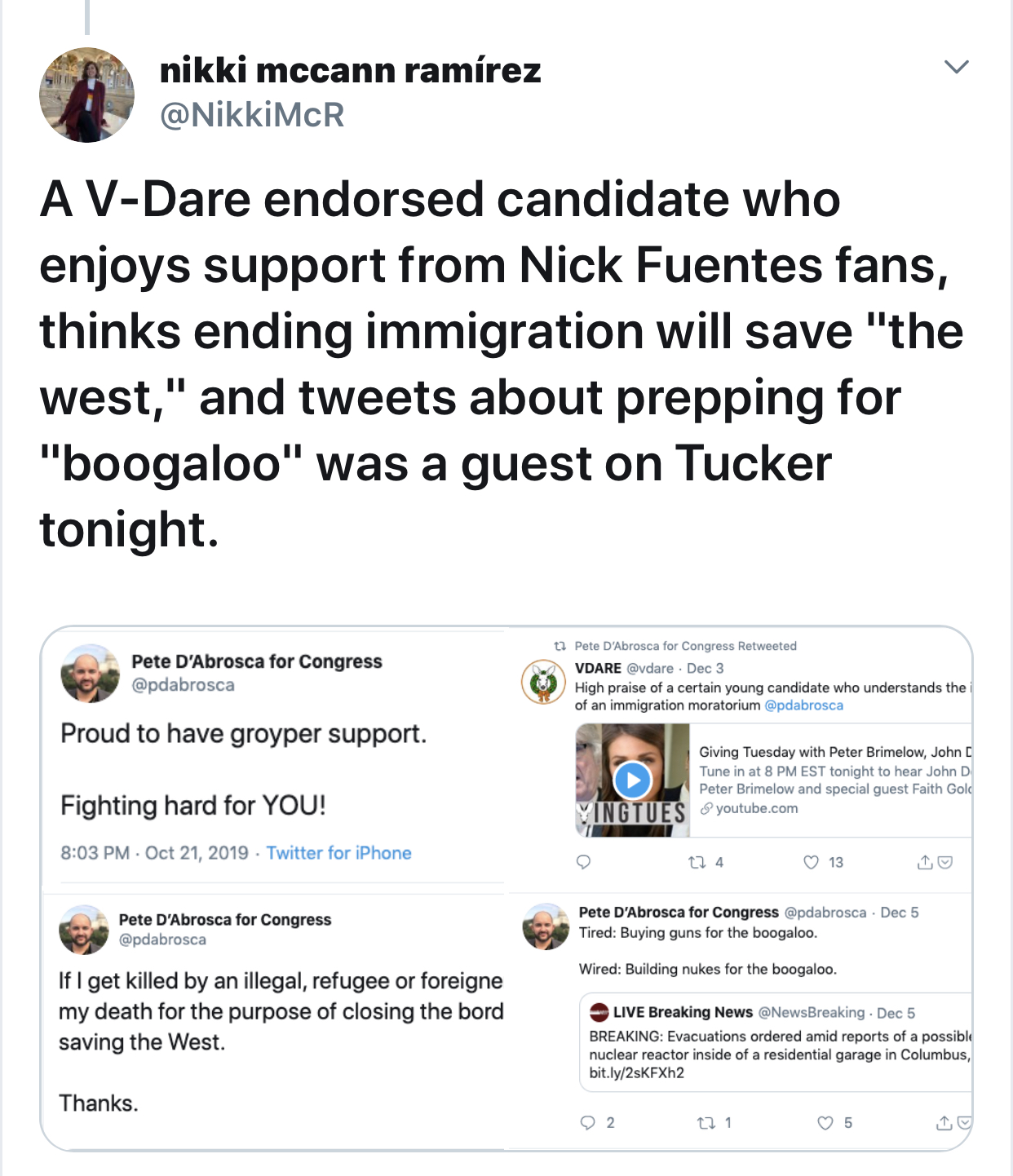 The d'Abrosca-Carlson segment lasts only just over three minutes and there is obviously a limit to what could be said. I do think, however, that the time has also come to eschew economic arguments, valid theough they are, in favor of the political arguments: why should Americans in general, and the GOP in particular, import people who will vote to replace them?