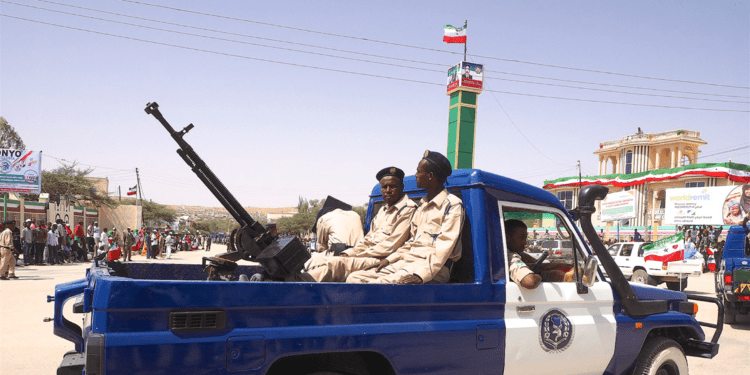 Pete Buttigieg's "Holiday in Somalia" Sounds Better Than the Dead Kennedys' "Holiday in Cambodia," But Still ...

From the New York Times opinion page in 2008:

Tourists in Somaliland
By PETER BUTTIGIEG and NATHANIEL MYERS, JULY 31, 2008

Last week we went to Somalia as American tourists. We stayed only a night, but that was plenty of time to wander unescorted through the local market, explore town in a battered Toyota station wagon, and even head out into the desert to admire some ancient cave paintings.

It might seem an odd choice of vacation spot, given that Somalia, so long synonymous with “failed state,” appears to be growing ever more dangerous. The insurgency against the American-backed Ethiopian occupation persists, and just last week it was reported that a particularly radical group has launched a campaign to murder relief workers, who are there trying desperately to avert an oncoming famine.

Indeed, we were able to travel safely to Somalia only because of a peculiar but important technicality: The world makes no distinction between the Republic of Somaliland, the autonomous and self-governing territory that we visited, and the rest of Somalia to its south.

Wikipedia says: “The government of the de facto state of Somaliland regards itself as the successor state to the former British Somaliland protectorate, which, in the form of the briefly independent State of Somaliland, united as scheduled on 1 July 1960 with the Trust Territory of Somaliland (the former Italian Somaliland) to form the Somali Republic.”

African countries usually stick pretty carefully to old colonial borders. Somalia is like Cameroon in that a couple of different empire’s colonies were mashed together at independence. Neither Somalia nor Cameroon show much solidarity today.

Since declaring independence in 1991, Somaliland has achieved a level of peace and stability beyond the wildest dreams of the quasi-government in Mogadishu.

… With the world averting its eyes, the remarkable achievements of Somaliland have gone unnoticed.

Without formal recognition, Somaliland cannot enter into trade agreements with other countries, and is unable to exploit the natural resources under its earth and its Red Sea port of Berbera. …

In the absence of Western political and economic engagement, Somaliland is pursuing investment and support from China and Gulf countries. Such support might be enough to ensure Somaliland’s survival and eventual growth, but it will crowd out America’s chance to win the gratitude of a potentially valuable ally in a very troubled area. …

Peter Buttigieg is a management consultant in Chicago and a fellow at the Truman National Security Project. Nathaniel Myers is a political analyst in Ethiopia.

So, what’s the story here?

Presumably, Buttigieg went to Somalia to promote international recognition of the independence of Somaliland. But at whose behest?

In case you are wondering, the Truman National Security Project is a DC think tank set up to funnel young foreign policy talent into Democratic Administrations.

Rachel Kleinfeld’s mom, U. of Alaska psychologist Judith Kleinfeld, is kind of an Amy Wax/Christina Hoff Sommers-type dissident. Mr. Kleinfeld is a conservative-leaning federal judge in Fairbanks, nominated by Reagan and Bush. Her parents are Republicans. An interesting family …

What exactly was the relationship between Buttigieg, and his late father who was a translator of neo-Marxist Antonio Gramsci and a professor of postmodern critical theory in the English department of Notre Dame?