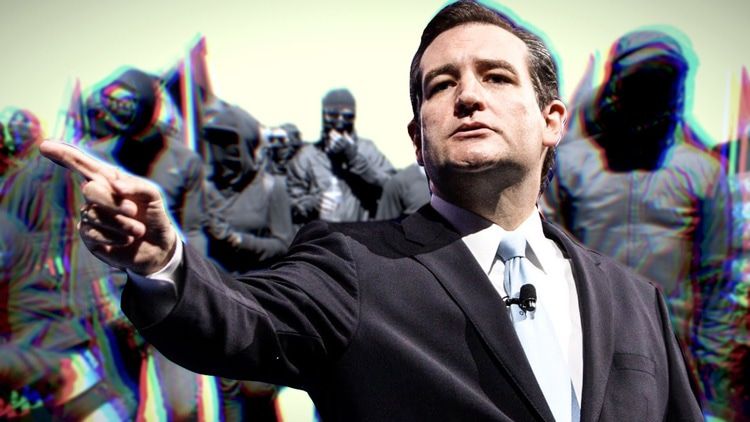 Cruz Calls For Antifa Probe... Better Late Than Never, But It IS Late

Senator Ted Cruz is calling for the Justice Department to act against antifa following the shocking mob attack against Andy Ngo in Portland.

Texas Sen. Ted Cruz has called for a federal criminal investigation of an Oregon mayor, alleging that he allowed a conservative journalist to be assaulted by an anti-fascist group during a weekend protest.

“To federal law enforcement: investigate & bring legal action against a Mayor who has, for political reasons, ordered his police officers to let citizens be attacked by domestic terrorists,” Cruz wrote on Twitter Sunday.

Portland Mayor Ted Wheeler, a Democrat who is also the police commissioner of the city, has not publicly responded to Cruz.

This attack didn't happen in isolation. Mayor Wheeler openly stated he supported the decision of the Portland police not to intervene. The mayor of Portland has repeatedly permitted, perhaps ordered, police officers not to act against the black-clad terrorists in Portland. In October, antifa took over the streets and obstructed traffic, trapping drivers and leaving them open to potential attack. The local government did nothing in response.

Many journalists also cheered the attack on Andy Ngo, so don't count on the "free press" to hold the city accountable.

It's the federal government or nothing.

Still, this is a case of "better late than never." Ted Cruz is calling for a federal investigation into antifa in Portland and the local government's failure to maintain order, but he sounded far different during the 2016 presidential campaign.

In March 2016, the organized left shut down a Donald Trump campaign rally. It wasn't just street activists; MoveOn.org bragged they had helped to shut down the event. Journalists, of course, rejoiced at this repression of free speech. Chris Matthews condemned then candidate Trump for holding an event in an area with "so many illegal aliens."

What was Ted Cruz's reaction then? He actually condemned Donald Trump for "creating an environment" that supposedly encouraged violence. He blamed the victim.

Speaking at a press conference, Cruz told reporters he "thinks a campaign bears responsibility for creating an environment [of violence]. When the candidate urges supporters to engage in physical violence, to punch people in the face, the predictable consequence of that is that it escalates."

Cruz warned that violence will likely continue to take place at future Trump events, citing an incident in St. Louis earlier that same day when at least 32 people were arrested after attendees at a Trump event clashed with protestors.

"That’s not how our politics should occur," Cruz said. "It is my hope that in 2016 we can appeal to our better angels [and] avoid going down that road once again."

(Many of the rioters in this case also appeared to be supporters of Bernie Sanders and were chanting his name. The Main Stream Media did not pile on the candidate and hold him responsible for his supporters' actions, no more than it did when one of his guys shot a Republican congressman.)

During the Unite The Right rally in August 2017, local police actually drove those who had a permit for a legal demonstration into the ranks of their masked opponents. Though the legal rally was declared an "unlawful assembly" and dispersed, they turned the streets over to antifa, thus creating the conditions for the death of Heather Heyer. An independent report commissioned by the city itself revealed coordination between local Democrat politicians and local police to deliberately create violence.

The Trump Administration has not launched an investigation into what the politicians did to create this violence. Instead, they allowed the media to constantly put forward a false narrative that Unite The Right attendees showed up to commit violence. As for Ted Cruz, what did he say at the time?

Sen. Ted Cruz (R-Texas) called on the Department of Justice to investigate a white nationalist rally in Charlottesville, Va., that turned violent and left one dead and dozens injured.

"The Nazis, the KKK, and white supremacists are repulsive and evil, and all of us have a moral obligation to speak out against the lies, bigotry, ant-semitism, and hatred that they propagate," Cruz said in a statement.

"Having watched the horrifying video of the car deliberately crashing into a crowd of protesters, I urge the Department of Justice to immediately investigate and prosecute this grotesque act of domestic terrorism," he continued.

When it comes to antifa violence in the streets, the conservative movement seems trapped in a defensive crouch. Ted Cruz, perhaps the most "true conservative" elected official out there, exemplifies this. Now, he's finally doing something. But it didn't have to go this far. If he had been saying things like this during the 2016 campaign, he may well have taken the nomination from Trump. It's better than never... but it may be too little too late, unless the Trump Justice Department faces some serious pressure to finally do something.